Full pads today folks. If only Dustin Lapray were still around to tell us how the cracking helmets sound like distant thunder in a post apocalyptic wasteland. /heavy sigh

We've got 26 days left until kickoff...so today we're taking a look at #26 on the Bronco roster--Jake Van Ginkel

Pay no attention to the by-line today...this countdown was penned by the surprisingly talented hatemay. Props should be given to this intrepid young OBNUGer. Drew merely published this one and will be back on the grind tomorrow. 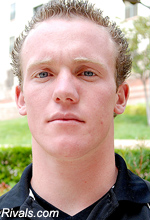 I am surprised we landed this kid. He hails from the state of California where he wowed scouts with his strong leg that was displayed as early as his freshman year. In the same game as a freshman, Van Ginkel found the uprights from 57, and 58 yards respectively. Van Ginkel comes from a family of natural born kickers. At the age of 8, Jake’s father would take him to the field where he was developing his two older brothers to be great kickers. Jake would retrieve the kicks of his older brothers which lead to being part of a kicking legacy in the Van Ginkel family. As a sophomore Van Ginkel recorded 58 touchbacks. As a junior he converted on 40 PAT’s, 9 field goals, and forced 48 touchbacks. As a senior, he recorded 45 successful PAT’s and 14 field goals, and forced 47 touchbacks. As a senior Van Ginkel was selected by MaxPreps All America team, and selected by MaxPreps as all state. 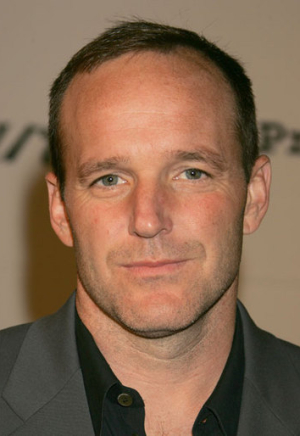 Kicking 57 and 58 yard field goals as a freshman is a good start to a kicking career. Named as a junior to ESPN’s Junior All –America and named as a sophomore to ESPN’s sophomore All-America team.

I imagine Van Ginkel will get some experience this year. We have kickers and punters on our staff. Remember last year, returning sophomore Trevor Harman handled kickoff duties the 2nd half of last season and did a decent job. We have P Brad Elkin returning from a red shirt for his senior year. I believe that leaves Van Ginkel in the competition for all kicking duties. One of our weak spots as a team last year was kick off coverage. If Van Ginkel were to continue kicking the lights out he may be a shoo- in for the kick off job, and eliminate the reason opposing teams started with pretty decent field position. We are left with a big hole at field goal kicker, since the graduation of Kyle Brotzman, and with Jimmy Pavel nowhere to be found. Our punting doesn’t concern me as much since Brad Elkin is retuning and has handled punting in the past. I think Van Ginkel lands the kick off job hands down and will most likely be our field goal kicker, being as I don’t remember Trevor Harman taking my reps for PAT’s last year.

Van Ginkel once shanked an extra point, hitting the up-right, and breaking it in two pieces.