Will Kellen Moore win the Heisman? Will he struggle without his receivers? Will he tear a hole in the space-time continuum so that this season lasts forever and he never has to leave? These are questions that surround the BSU quarterback position this fall. Some answers are after the jump.

I have come up with a handful of scenarios that may befall the Broncos at the quarterback position this fall. OBNUG's Nick and I will assign a prediction in the form of a percentage based on the likelihood that each scenario may happen. Everyone confused enough? Good. Let's begin.

Kevan: The chances of this happening are about 5 percent. The chances that this should happen? About 80 percent. Non-BCS quarterbacks simply have too tall a mountain to climb to compete with the skill players in bigger conferences. All Andrew Luck has to do is not pull a Zabransky against Oregon and he'll win the Heisman. Kellen Moore has to make the national championship game, break a ton of records, and cure cancer with nothing more than a child's chemistry set and Air Bud as a lab tech. It's borderline impossible. 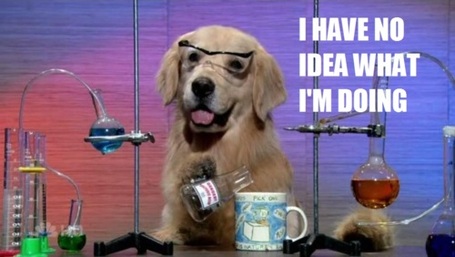 Nick: I believe the chances of this happening are a reasonable 20 percent. I don't think this is out of the realm of possibility if Boise State and Kellen can play up to the caliber that they've been playing the last three years. This award should be a single season award, but often it's treated like a career achievement award instead. The college football world knows Kellen, he is on pace to break the all-time win record, and a late-season push in a great performance against TCU could put him over the top. But you're right, that pesky Luck is in the way.

Someone other than Joe Southwick is named the backup quarterback

Kevan: Judging by the forever love that fans and media showed Grant Hedrick this spring, I am going to place the odds for Southwick-upping at a robust 30 percent. Obviously, the job is Southwick's to lose. Is sharing losing?

Nick: Good question. Does an "OR" count as someone else being named the backup QB? Because if so, I'm putting this at 80 percent. Coach Pete likes to have options, and he's not afraid to throw around a few ORs on the depth chart.

Kevan: Good heavens, who came up with these horrible scenarios?! If I had to imagine my worst nightmare then I guess I would give it a 10 percent chance of actually coming true. Moore moves so well in the pocket and takes so few sacks. On a related note, the chances that my nightmare about Mark May touching my feet comes true: 60 percent. 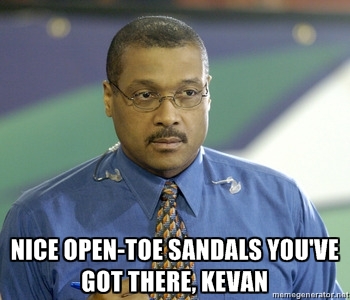 Nick: Oh jeez. We have to address this possibility? I feel better about just acting like injuries to our quarterbacks are a thing of the past (Mike Tamburo ACL trauma aside). I guess if we had to put odds on this, I'd put it at about a 7 percent chance. What Kellen lacks in flat line speed, he makes up for in body armor and steel ankles.

Kevan: If I were to start an NFL team tomorrow, that is the order I would pick my quarterbacks. Peyton Manning has a track record of NFL success and is hilarious in commercials. Kellen Moore is my best friend. Keanu Reeves was excellent in The Replacements and was really held back by the coaching of Gene Hackman. Jared Zabransky = FREE Panda Express. And Brett Favre is a billion years old and nobody likes him.

Nick: My rankings are based on height because that's so important to the NFL, right guys??? 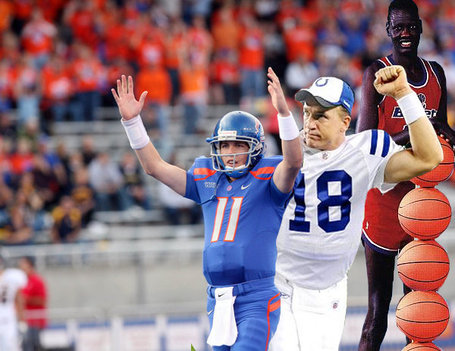 What do you think Kellen Moore's Heisman odds are? How likely is it that Joe Southwick won't be the No. 2 QB? Is Panda Express a good reason to put Jared Zabransky over Brett Favre? Share your thoughts in the comments.