A full recap of yesterday's fall practice will be along shortly, but for now ... pool party! (via) 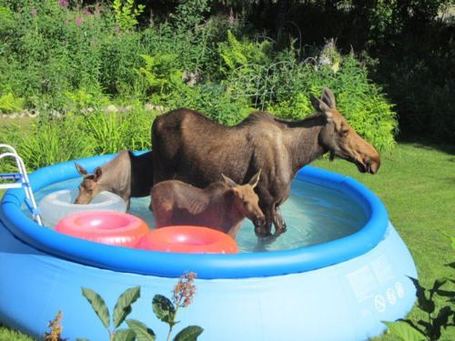 Pat Forde back on the BUS, thinks Boise State is underrated in the Coaches Poll

Reason No. 1,437 why Pat Forde is Bronco Nation's People's Champion: He thinks a non-BCS team being ranked No. 7 in a preseason poll is a slap in the face. I love him so much right now.

Would Boise State win the SEC East? Is Vanderbilt still in it?

The SEC East question was posed first by Rivals' Tom Dienhart and then re-posed by National Football Authority. The theory is that if Boise State can beat Georgia, the SEC East's toughest team, then the Broncos could probably win the whole division against the likes of South Carolina, Florida, etc. Makes sense to me. I'll print the t-shirts.

Going from Phillip Rivers to Cam Newton is going to be slightly jarring, like a nasty car crash jarring.

Phil Steele has a very strange list of favorite teams

After the jump, a birthday greeting and a funny story about those OBNUG shirts we were selling.

OBNUG t-shirt update: I fought The Man and The Man won

Well, maybe "fought" is too strong a word. The Man sent an e-mail requesting that the shirts in the OBNUG t-shirt store be removed due to a licensing issue. "No way, this is America!" I said to no one in particular, and then I e-mailed back saying sure thing, no problem. So no more Bronco Billy and Teach Me How To Dougie tees for the foreseeable future. Those who bought the shirts will have their monies reimbursed. Sorry for getting everyone's hopes up, but what a wild 72 hours it was, right?

Sidebar: We are talking with Boise State about securing an apparel license so that we can print t-shirts willy-nilly. I will keep you updated.

Happy birthday to OBNUG reader blue4areason. May all your birthday wishes come true.