Camp starts today, so finally you'll be able to focus on the local medias complete lack of satisfying coverage. Lucky you.

We've got 30 days until kickoff...so today we'll be highlighting #30 on the Boise State roster—Travis Stanaway

Stanaway was a two-sport standout at Bellevue High School, lettering in football and baseball three times apiece. As a senior, Stanaway was all-league after recording 98 tackles, 3 forced fumbles and 2 interceptions from the safety position. He was named all-league as a linebacker his junior year as well, after posting 79 tackles. Stanaway joined the Broncos as an invited walk-on. 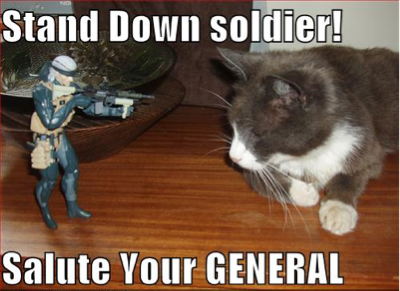 Need an image to illustrate your nickname choice? There's a cat for that. 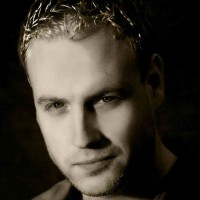 Struggling actor of the same name. He does parties.

Played in 11 games in 2010 on special teams and defense. 20 tackles and 3 pass break-ups in 2009. All-league performer as a junior and senior at Bellevue High. 13 tackles as a freshman and one pass break-up.

Always a bridesmaid at strong safety.

Stanaway was Jeron Johnson's primary back-up at strong safety for all or part of the last 3 seasons. That's why it's so surprising that now that Johnson has moved on, he now looks to be in the 3rd spot at the same position. When the pre-Fall Camp depth chart came out a week or so ago—it was Dutchman Cedric Febis who was holding serve, with redshirt frosh Jeremy Ioane nipping at his heels. So what happened to Stanaway? Frankly, I have no idea.

Stanaway has personified the Bronco work ethic over the last few seasons. He came in as an unheralded walk-on, and made enough of a mark at safety and on special teams to earn a good amount of playing time. The only reason that Febis and Ioane would be ahead of him at this juncture in his career, must simply be because they're better...there aren't politics involved on the Bronco depth chart. Stanaway can still earn his slot back this Fall, but at this point, it looks unlikely he'll ever be a starter for the Broncos. He will, of course, contribute—mainly on special teams—but that's no less of a contribution. Stanaway, in fact, is one of the leaders on special teams, and youngsters would do well to follow the example he sets. It's rare that he isn't in on a special teams tackle...and usually he's lighting guys up. To see someone bring a strong safety's mentality to busting up wedge blocks and lighting up ball carriers is truly a sight to behold. Look for Stanaway to be a vocal leader on special teams in this, his senior season, and coach up the apparent leaders at the safety position whether he's in the mix or not.

Travis' surname came about 4 generations ago when his great-great grandfather issued a restraining order against a guy named Stan. Can you tell I'm suffering from made up fact fatigue?