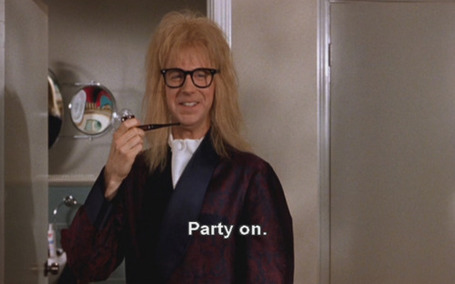 D.J. Harper is healthy, Gabe Linehan is on the verge of greatness, and oh yeah those two wide receivers from last year won't be back. I almost forgot about that.

FYI: Boise State has a lot of seniors this year

This is where most fans would scream, "Rebuilding!" and run from their computers. But not Bronco fans. We are almost certain that the Bronco coaches have a plan.

"We are cautiously optimistic," said coach Chris Petersen. "... We have to develop our young talent. We have some players that have played a lot of football that are very good players, and then we've got a big gap to some young guys that haven't played and need the experience and need the knowledge. On our team right now, I think it's fairly wide. Our job as coaches is to narrow that gap."

Yikes. Those CFN guys sure don't know their stuff.

Boise State at No. 7 in College Football Talk's Top 25