3 days and 3 dog nights are all that stand in our way now, friends. Get your game faces on.

Not to be confused with Dan Paul, who's just hairy. 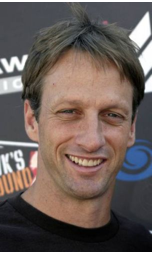 Named LA Daily News Offensive Player of Year at Oaks Christian. Played in 12 games as a redshirt freshman in 2009. Caught eight passes throughout the season for 60 yards and returned 10 punts with an average of 12.9 yards per return. Ranked 13th nationally in punt return average in 2010. 76-yard punt return touchdown against Vandals. 78-yard TD reception against New Mexico State. Named to 2010 WAC All-Academic team.

You've likely seen the embarrassing "Jimmy Clausen in a speedo" pic that made the rounds a few years ago. Well, I'm no Sherlock Holmes or anything, but I do believe that's our own Chris Potter two guys to the left (Clausen's the guy with the arrow on him). 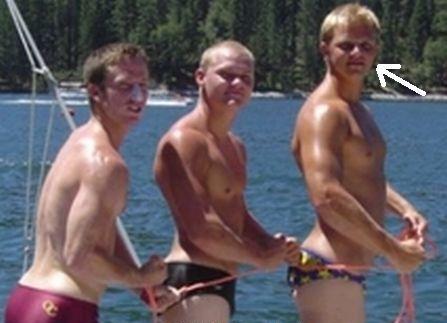 Potter's career hasn't gone exactly the way I thought it would, but he started to contribute in big ways last season and I suspect that 2011 will be no different. A virtual Vinny Perretta clone—Potter can catch, run, throw, and return kicks, all of which he did last season, and did quite well. With the departures of Austin Pettis and Titus Young, obviously there are a few more balls to go around this year, and I think Potter will get his fair share. As evidenced by the Idaho and New Mexico State game last season, once Potter gets in space he can be extremely dangerous—so look for the Broncos to try to utilize him as such...getting him into speed mismatches with linebackers or turning him loose on wheel routes. Of course, there's always the aptly named "Wild Potter" formation that we'll see, where Potter will line up in the shotgun with the option to run or pass (incidentally, I think we'll also see the "Wild Hedrick" this season, but the "Wild Frisina" is still unlikely). Potter should also see plenty of time on special teams and I predict he'll take another one to the house in 2011—is one on Saturday to much to ask? All in all, I predict great things for Potter this season—he should at least crack the 200-yard plateau in receiving yards and I think will probably account for at least 4 TDs. 400+ yards in punt returns also isn't an unreachable number and I do think we'll finally see Potter throw for a TD—something he nearly did last year with a 26-yard heave to Kyle Efaw. The bottom line is that you can fully expect to hear his name called often over the PA, unless you're in Bronco Stadium, in which case you'll just hear a loud hum.

At 156 lbs., Chris Potter is the lightest player on the team...lighter than our 5'5" place kicker. Is it an NCAA violation to take this kid to Chuck-a-Rama? Sadly, I already know the answer to that one.