Instead of my guessing at what the Georgia Bulldogs are up to, I have asked T. Kyle King at SB Nation's Dawg Sports blog to slip me his Cliff Notes version of the Georgia team and how he sees Saturday's game going. Join me after the jump for an interview on all things Red and Black and Canine, as well as an intro to the first blog bet of the year.

Dawg Sports is the premier place for Georgia Bulldog information and analysis. I know I've copied several ideas from there already. Here now is my interview with Mr. Dawg himself, T. Kyle King.

1. Describe your team's offseason as if you were pitching a movie. Make me emotionally invested.

Young men from varied backgrounds, white and black, rich and poor, come together as a group for a common, and noble, purpose, but they are sidetracked by temptation. After spending a year perpetrating all manner of heinous crimes, from misspelling their middle names to emerging from alleys on scooters, they are treated to a dose of "tough love" from a teacher who traveled the same road they were on three decades earlier.

Under the firm yet kind-hearted guidance of a leader who adopted Ukrainian orphans, went on mission trips, and sold his lake house to raise money for the poor, these young men banded together (though not without casualties along the way, to academics, hubris, and the unwillingness to meet heightened standards) and, through hard work and perseverance, made it through late August without any of them getting arrested. It's the little things, people. 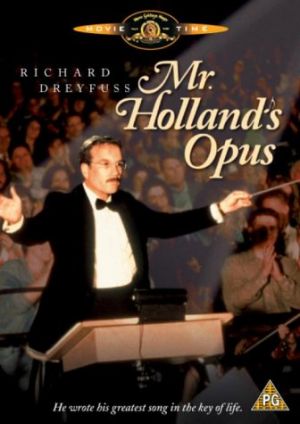 ed's note: Sounds like Mr. Holland's Opus: Takin' It To The Streets. I'm there.

I'm tempted to list one of the "Dream Team" freshmen from last February's recruiting class, but, since none of them have yet played a down of Division I-A football, I'm going to go with Orson Charles, the best of the Bulldogs' plethora of tight ends. Charles blocks well, he creates mismatches over the middle, and he broke the Florida Gators' 2006 BCS championship trophy with his buttocks. That's the kind of guy all BSU fans could learn to love.

The ‘Dawgs have Kwame Geathers and Jonathan "Big Bad Jon" Jenkins, so I'm probably getting greedy by drafting a defensive tackle, but, if I could move one guy over from the Broncos' roster to the Bulldogs' lineup, it would be Billy Winn. Nationally, Boise State's offense gets most of the attention, but I've been telling folks all summer that the Broncos' defensive line is highly underappreciated, and Winn is the best of the bunch.

Given Georgia's depth issues across the board, it's probably most accurate to say that every unit on the Red and Black squad is the Sugar Bowl, but it's one key injury away from being the New Orleans Bowl. 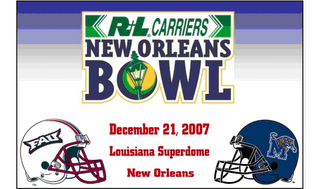 If forced to choose, I'd likely say the Bulldogs' Rose Bowl group is at tight end, where, as beat reporter Seth Emerson noted, Arthur Lynch (who could start at several other SEC schools) languishes at third or fourth on the depth chart. The Famous Idaho Potato Bowl bunch remains the Georgia defensive secondary until the Red and Black defensive backfield proves otherwise. Saturday night would be a nice time to start.

First and foremost, Georgia has to establish the run and stop the run. Both secondaries are susceptible, particularly to quarterbacks as capable as the two guys who will be wearing the No. 11 on Saturday night. If the Red and Black can't wall off the middle of the field on defense and run it between the tackles on offense, Kellen Moore will be able to find his comfort zone, and Aaron Murray won't. If that happens, that's the ball game.

Secondly, the Bulldogs have to sustain lengthy drives, whether by grinding it out on the ground or getting the tight ends involved in the passing game to pick up yardage in five- and six-yard chunks. It is not in the Red and Black's interest to get into a shootout, so Georgia needs to go on extended marches that reduce the number of possessions and keep the Bronco offense on the sideline.

Finally, the Classic City Canines have to press their advantage on special teams, the one phase of the game in which Georgia realistically can expect to be better than Boise State to any meaningful degree. The Bulldogs need to go for blocks, set up returns, flip the field on punts, and avail themselves of the opportunity to have Blair Walsh attempt a field goal indoors. The school record is a 60-yarder, by the way, but Walsh kicking beneath a roof could clear that, probably with room to spare.

I'd love to tell you I'm Chick-fil-A confident - that would be an eleven on a scale of one to ten - but the truth is that confidence has served Bulldog Nation well in exactly zero games in any sport since the opening outing of the 2008 College World Series finals, so you won't find me jinxing it, particularly in a game that, by rights, the Bulldogs probably ought objectively to lose.

Accordingly, my confidence level is way down there at DefCon Hardee's: It ain't much, but it'll have to do if it's all we've got. 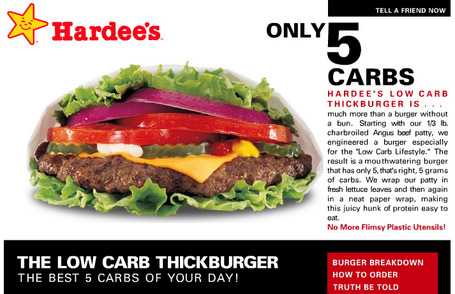 Dawg Sports has agreed to a friendly wager for Saturday's game: Winning team's blog gets a free post on losing team's blog. You may be familiar with how I've used these liberties in the past. I'm not sure Kyle is. I conveniently left that part out when I was getting him to agree to this thing.

Best of luck to Kyle and the Bulldogs, and I do not mean that at all.

How does hearing Kyle's Georgia plan make you feel? Are you more or less confident that the Broncos will win on Saturday? Are Hardee's really that bad? Share your thoughts in the comments.