We've got 4 days until kickoff...so today we'll be highlighting #4 on the Boise State roster—Jerrell Gavins

I was tapped about two weeks ago in the nickname department.

I'd say the best look-a-like this year might be this: 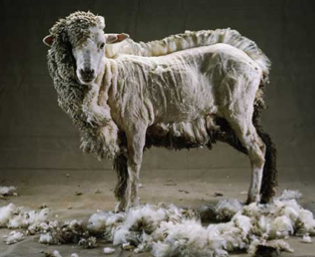 Played in 12 games for the Broncos, with two starts coming against UC Davis and No. 4 TCU. Made 31 tackles for the Broncos as a walk-on sophomore. Also recorded 4 pass breakups and 1.5 tackles for loss. Saw action in all 13 games of 2010 including a start against San José State.

Lost strength (as well as 4 lbs.) when dreadlocks were cut off. The Samson curse strikes again—you weren't behind this, were you, Crissie?

You can certainly question Gavins' size, but you can't question his game...or his heart. In his 2 previous seasons with the Broncos since transferring from El Camino Junior College, Gavins has racked up 61 tackles, half a sack, 3 tackles for loss, 7 PBUs and an INT. I imagine this should be comforting to Bronco fans that are worried about a drop in production at Brandyn Thompson's vacated corner position. Gavins has plenty of experience, and as largely a backup or dime CB in 2010, registered just 5 less tackles than starter Jamar Taylor. Yeah, we all know that he'll have some mismatches come his way this season, sizewise, but I won't count Gavins out in any of those matchups. He plays his position with a lot of poise and is very aggressive. Look no further than his Fall Camp, where he at times smothered the much larger Geraldo Boldewijn and came up with timely picks. I think Gavins will be a great asset in the Bronco secondary this season and the fact that he came into camp as the starter and never relinquished the spot even amid pressure from tremendous players like Bryan Douglas and Quaylon Ewing Burton show me that he's got the skills to be a top flight corner, and I think he'll surprise some people this year with his play. He may end the season with better stats than Taylor, given that opponents will likely think they'll sneak one by the diminutive corner. Look for Gavins to have at least 30 tackles on the season and multiple INTs and PBUs. Look for me to start the "bring back the dreads" campaign.