One month. That's it. Hang in there, guys and gals.

We've got 31 days until kickoff...so today we'll be highlighting #31 on the Boise State roster—Antwon Murray

Murray lettered in football three times at Kathleen High School in Lakeland, Florida where he was a standout on offense, defense and special teams. As a senior, Murray was named first-team all-county and all-district and second-team all-state after making 52 tackles and pulling down 8 interceptions. On special teams, Murray returned two kickoffs for touchdowns (90 and 72 yards) and was rated the ninth-best defensive back in Florida and the 64th-best defensive back in the nation (Scout.com). Following his senior year, Murray was selected to Florida's North-South All-Star Game. Murray fielded offers from Minnesota and Wake Forest.

Not even the lamest Avenger.

Played in 8 games in 2010, recording one PBU against Hawaii. Played in six games in 2009 for the Broncos on defense and special teams. Selected to Florida's North-South All-Star Game as a senior. Named team captain as both a junior and senior in high school.

Raised in Florida, never been to Epcot.

The good news for Murray is that he hasn't slid further down the depth chart. When the preseason depth chart was released last week, he sat firmly behind Jamar Taylor. I suppose the bad news for Murray would be that he is now a senior, and likely will never be a starter. Still, there are worse things to be than a #2 for the Broncos—like Hitler cat, for example: 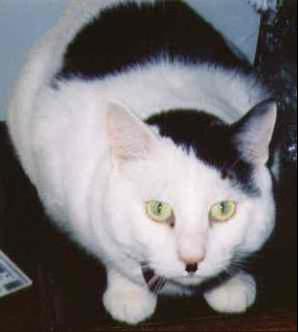 Murray was a highly-touted corner coming out of Florida in the class of 2007 and frankly, I thought he'd be the starter rather than Brandyn Thompson. College football is funny like that sometimes...Murray never quite got over that hump. Regardless, he's seen his playing time pick up the last two years and I think he'll be a solid backup to Taylor. Taylor will probably be our shutdown corner this year, so hopefully Murray isn't thrust into that starting role due to any kind of injury...but in the event that we need a warm body at the position—you could do a lot worse than Murray, who's seen action in at least 14 games and should know the defense as well as anyone. I'd like to think that Murray would contribute heavily on special teams as well this year, but I'll be darned if I know where. Starter or no, Murray's earned my respect for sticking with the team, even when his prospects at corner looked slim. Remember, it takes a team to accomplish what the Broncos have, and that term extends well beyond the 22 starters.