I'm back, everyone—my condolences to those that were getting used to the good, thoughtful writing of hatemay and Kevan. The family and I had a nice vacation, and now I'm ready for the final push of the countdown. We've been at it for over a quarter of a year, and it's finally game week. Somebody pinch me.

We've got 5 days(!) until kickoff...so today we'll be highlighting #5 on the Boise State roster—Jamar Taylor

Taylor was named to the All-CIF team in both his junior and senior seasons and received first team All-East County League honors both years as well. As a senior, Jamar made 50 tackles, 4 interceptions, 3 pass breakups, 1 forced fumble and a fumble recovery while totalling 65 tackles, 11 pass breakups, 3 interceptions, 3 forced fumbles and 2 fumble recoveries as a junior. Taylor was named East County League Defensive Most Valuable Player his senior season and was rated a 3-star recruit by Scout.com. He fielded offers from Idaho, Colorado State, and New Mexico.

Sorry about that, Jamar. 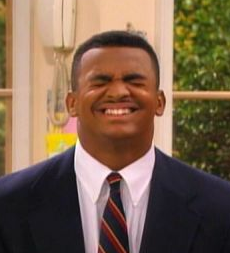 Played in 13 games as a true freshman in 2008. Named to the All-WAC academic team. Started 12 games in 2010 and was again named to WAC All-Academic team.

Forced redshirt in 2009 due to a knee injury. Missed 2010 start against San José State for undisclosed disciplinary reasons.

Jamar had a solid 2010 season playing opposite now-NFL corner Brandyn Thompson, but he's made it clear that he's hungry for a breakout in 2011 and I think being the Broncos' feature corner will provide that opportunity in his second year as a starter. Taylor racked up 35 tackles in 2010, with 3.5 for loss and also logged a sack, but it's been clear that Taylor wants to improve upon the one stat he didn't record last season—an interception. Taylor even forced 3 fumbles a year ago, but failed to pull down even one interception at a position that prizes the pick more than any other. How will Taylor get off the INT schnide? Quit dropping them, of course:

"I want to be a force back there," Taylor said. "I dropped too many interceptions last year. I want to create more turnovers — be smart about it, but make the most of it when I get a shot."

He should get a lot of "shots" this season, likely being tasked with covering the opponents' best receivers. Ironically, Jerrell Gavins might end up getting more of those "shots" as the season progresses, if Taylor proves himself to be a corner of the lockdown variety. Either way, there's no reason that the corners shouldn't contribute heavily to the season's INT totals and since Taylor has made that a stated goal, I believe he'll deliver. Look for Taylor to have a all-conference type of year for the Broncos and improve his tackle numbers slightly and his interception numbers greatly. You want firm numbers? I think he'll have at least 5 picks on the year. /fingers firmly crossed.

Taylor obsessively buys bubble gum so he can find out how the comic saga of Bazooka Joe turns out.