One week until football! Huzzah!

We've got 7 days until kickoff...so today we'll be highlighting #7 on the Boise State roster - D.J. Harper.

Harper was a two sport athlete in high school. Aside from being a three year letterman in football, Harper lettered twice in track and field. Harper was a three year unanimous all district selection at running back. As a senior Harper rushed for 1,570 yards and 21 touchdowns on 212 carries. Harper did damage as a receiver out of the backfield, catching 18 passes for 160 yards. His junior year Harper logged 1,088 yards and 10 touchdowns on 166 carries and added 16 catches for 80 yards. 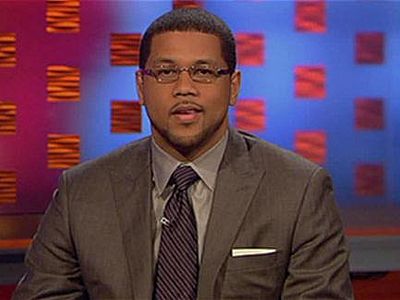 Harper made a key run against Virginia Tech on 3rd and short, which resulted in a 71 yard touchdown and gave the Bronco's a much needed shot in the arm. Also ran for 60 yard touchdown in the Valley in Fresno two years ago.

Harper is back on the depth chart and running around full speed. This is a great sign. He is 2nd on the depth chart behind Doug Martin. In the fall scrimmage Harper looked ready to go as he got reps with the first and second team offense. My heart goes out to this young man in many ways. To suffer a serious injury and come back from it says a lot about him, and to suffer the same injury twice and come back from it says more. I hope that he can stay healthy this year, even if he isn't the contributor he was slated to be when he took over for Ian Johnson two years ago. Based on past events, and the new depth at running back with the return of Malcolm Johnson, I expect Harper to get some carries (between 3-6 a game).

Harper will see himself as part of a running back trio that WILL establish the run. Doug Martin will be our feature back with Harper getting rewarded for his work ethic and talent while still trying to get him past week 3 of the season. The coaches also are trying to have someone ready to carry the torch when Martin departs for the NFL. Besides a BCS bowl berth this year, my biggest hope is to see Harper fully healthy at the end of the year.

Completely made- up fact

In order to boost his confidence during rehab for his 2nd ACL tear, Harper was visited by Victor Stone aka Cyborg who gave Harper some of his mechanical knee in order to ensure a certain recovery.