No more Jeron Johnson, no more Winston Venable, no more Brandyn Thompson, and still the Boise State secondary seems like a team strength. Credit George Iloka and Jamar Taylor, two of the best at their position in the Mountain West (and the country? Homer alert!). How does the secondary look for 2011? What hopes and dreams do you have for Boise State's nickels, corners, and safeties? More info after the jump, and feel free to share your thoughts in the comments.

I have come up with a handful of scenarios that may befall the Bronco secondary this fall. OBNUG's Nick and I will assign a prediction in the form of a percentage based on the likelihood that each scenario may happen. Everyone confused enough? Good. Let's begin.

Kevan: Getting behind Jamar Taylor right now is like buying Apple stock before the iPod or being in Britney Spears' friend zone before "Hit Me Baby One More Time." Good things are headed your way if you tell your friends and co-workers to keep an eye on Taylor. There is a 75 percent chance he is better than Brandyn Thompson last year, which would put him in Kyle Wilson territory. 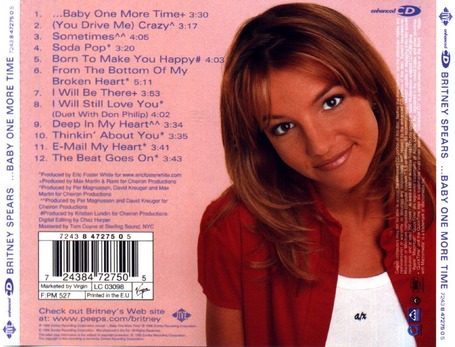 Nick: Boise State has really been churning out the cornerbacks lately, and it's been quite nice. Taylor will be leaned upon heavily to match up against the opposing team's best receiver. I could definitely see Taylor having a breakout season on par with what Wilson did during his junior season. I'll place it at 66 percent chance because the bar is so high.

Kevan: Iloka has a couple things going for him: 1) There are a lot of All-America lists, and 2) he is due for a big year. Iloka has been an incredibly solid player throughout his Boise State career, and he's destined to score the numbers to back up his play. I see him getting double-digit INTs and making more than a handful of highlight hits. He will most definitely make OBNUG's All-America team (which is a thing I could totally make exist). I give him a 60 percent chance to make SI's.

Nick: I can't believe this is Iloka's senior season. He has been quite remarkable during his past three years and is held in high regard. Barring injury, I think that he could be near the top of the team in tackles and add a few more picks to his two that he had last year. I would say the chances are 70 percent that he gets the nod somewhere. And after four years of Iloka prefaced by four years of Tadman, who is going to be next iconic Boise State safety? I'm looking at you, Jeremy Ioane.

Kevan: I feel mean saying zero percent on this one, but I just don't see White playing lights out at nickel this season. There is a slight chance, let's call it 15 percent, that White plays sound, assignment football and we fans are lulled into a comfort zone until all of a sudden we think, "Man, no one has flown through the air to clothesline any terrified quarterbacks lately."  Deceptive apathy is White's best chance.

Nick: I unfortunately have to agree. Venable had such an immediate impact following his transfer. He made me all but forget what Ellis Powers had done the previous year in that position. Nothing against Hunter White, but he just feels like the safe pick at this point. I'll put this at a 25 percent chance. And I truly hope that I am wrong and Hunter rips some QB's head clean off (figuratively, of course).

Kevan: The strange thing is Boise State could play better than last year and finish worse than 150 yards per game due to a couple fluky plays. The talent is there for an improved pass D (the rush is great, the corners are solid). There are fewer lights-out passing offenses on the schedule. I feel wrong saying the odds are 50/50, but there are just too many factors for me to comfortably say anything else.

Nick: Really? They were ranked number 4 last year? I'm still having flashbacks to a couple of years ago when we couldn't defend the deep ball. But, you're right, Kevan. The pass defense is just as dependent upon the defensive line as it is secondary, and I can't wait to see Root and McClellin and Crawford at full speed together. But breaking in a new safety, nickel, and corner could prove to be difficult. I'll only put this at a 25 percent chance to improve upon last season.

Kevan: I ordered mine from easiest to hardest for Mark Johnson to pronounce.  Hot tip from MJ: Watch out for that Jeremy Tadman kid!

Nick: I ranked my list based on hair. And, yes, I considered Iloka's fade(?) to be better than Polamalu's curls.

How do you think Boise State's corners will do this year? How good will George Iloka be? Suffering from separation anxiety from Winston Venable? Share your thoughts in the comments.