I like to think that today marks our entrance into the CMT countdown zone since so many Country Music Television countdowns go from 10 to 1. Drew is still on vacation, so you are left in my less-detailed hands. Seriously, they look like muppet hands.

We've got 10 days until kickoff...so today we'll be highlighting #10 on the Boise State roster - Jeremy Ioane.

Ranked anywhere from the 6th to the 9th best prospect in the state of Hawaii in 2009 and hailing from powerhouse Punahou High School (Barack Obama's alma mater), Jeremy Ioane was basically a stud on the gridiron at virtually every position he tried. At various times, Ioane played safety, running back, quarterback, wide receiver and linebacker for the Buff 'n Blue, but it was safety where he really left his mark. Ioane was named first-team All-State in 2009 by the Honolulu Advertiser and the Honolulu Star-Bulletin and was a first-team All-Interscholastic League of Honolulu selection as well. Ioane earned first-team All-ILH honors as a junior. A baseball star as well, Ioane helped the team to state championships in 2008 and 2009. Rated a 3-star player by scout.com and rivals.com, Ioane fielded scholarship offers from Utah, Washington, Washington State, Stanford, and Notre Dame...mainly because of this video, which quite frankly, still gives me shivers: 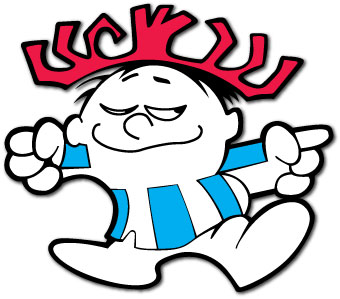 Boise State highlights? None yet. Ioane redshirted last year and has been relatively quiet in scrimmages. HIgh school highlights? He helped lead Punahou to the Hawai'i Division I state championship as a junior in 2008. YouTube highlights? Just the one, until I finish my auto-tuned version.

To say that expectations are high for Ioane is putting it mildly. Those expectations will just have to wait another year. Ioane began spring camp in a three-way battle to replace Jeron Johnson at strong safety - a battle eventually won by Cedric Febis. As such, Ioane's best chance for playing time will come on special teams where his ballhawking, head-huunting skills should come in handy. You may see him on the field in three-safety alignments or in blowouts or as an injury replacement, too.

As the saying goes, waiting is the hardest part. And so it shall be for Bronco fans. Ioane will get there; he is too talented and too well-coached to not have a major impact at Boise State. Since his arrival, he's endured a bout of homesickness and a depth chart stacked with experienced players. His biggest obstacle? Maybe that infernal highlight tape. Fans want to see those highlight hits in blue and orange. Maybe we'll get a sneak peek this year. Definitely we'll get an extended, Avatar-length feature in years to come.