2 weeks, baby. Get your affairs in order. Plus, I'm sorry for calling you "baby".

We've got 14 days until kickoff...so today we'll be highlighting #14 on the Boise State roster—Trevor Harman

'Tis a homophone, you see. No snickering. 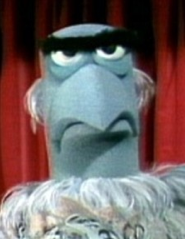 Hit 22-of-26 field goals in high school and 85-of-87 PATs. Kickoff specialist for the Broncos in 2010. Averaged 63 yards/kickoff and recorded 9 touchbacks.

Career highlight thus far was a meaningless punt in a scrimmage.

Harman is listed by Broncosports as just a punter, but he offers much more in the kicking department than punting alone. Harman served as the Broncos' primary kickoff specialist in 2010, and improved kick distance and touchback frequency—and maybe more importantly, saved Kyle Brotzman's leg from the rigors of making every kick in every game. Despite Harman's solid outing in 2010, however, I'd be surprised if he held on to the kickoff duties this season. He hasn't done anything wrong in Fall Camp to lose the job, mind you, it's just that the arrival of scholarship kicker Jake Van Ginkel likely settled the kickoff specialist race the minute he set foot on campus. Simply put, Van Ginkel has a much bigger leg than anyone on the team, at least in the kickoff department, his punting skills and accuracy, however, are slightly more unknown quantities and that's where Harman, Goodale, and Elkin will have their chances to stop Van Ginkel from bogarting all the kicking duties on the field. Harman famously or possibly infamously booted a 80 yard punt (in the air!) in the Spring scrimmage that will easily be 90+ yards when I tell my grandchildren about it. I think Harman could be the Broncos' main "distance" punter this season, with senior Brad Elkin likely to be the short-yardage or "coffin corner" punt specialist. Dan Goodale looks like he may handle PATs and shorter field goals and Van Ginkel will be our kickoff man and handle the mid- to long-range FGs. There you have it, 4 kickers all seeing the field in 2011. What a concept.

Harman's huge punt in the Spring scrimmage ended up costing the university millions of dollars when it struck the international space station and left a sizable ding.