Still just shy of a month left till the Broncos sack Atlanta, but more importantly, there are just two days till Fall Camp opens. Pour one out for our fallen homies Lapray and Augusto...it won't be the same without them.

We've got 32 days until kickoff...so today we'll be highlighting #32 on the Boise State roster—Jonathan Brown

Brown was a do-everything player at Encinal High School, where he earned three varsity letters in football. He was second-team all-state as a senior and first-team all-conference on offense and defense. In 2008 Brown was named the Bay Shore Athletic League Offensive Player of the Year, the San Francisco Chronicle Regional Player of the Year, and the Bay Area News Paper Group East Bay Football Player of the Year. Brown recorded 92 tackles, eight sacks and two blocked punts as a senior and threw for 1,364 yards and 28 touchdowns, while also rushing for 862 yards and nine scores. Brown had offers from Colorado, Air Force, and San Diego State.

"What can Brown do for you"

This is bound to be the title of a Scott Slant column. Getting ahead of the game. 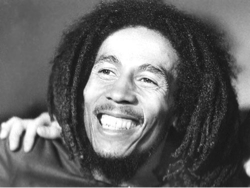 Hope he likes jammin' too.

Made 8 game appearances in 2010, registering 16 tackles and 2 PBUs. Named to WAC All-Academic team in 2010. As a senior, led high school squad to their first North Coast Section title since 1980 and accounted for all five touchdowns in their 35-28 win over Novato in the championship game.

Family of sparrows keep trying to nest in his dreadlocks.

Last season, Brown was lucky to have been 4th on the nickel depth chart. This season, he's in a virtual dead heat with Hunter White and Dextrell Simmons to start. What a difference a year makes.

Of course, the graduation of Winston Venable was the biggest shift in the nickel landscape, and it has opened up a sizable hole at a position that has become key to the success of the Bronco D. When last week's Fall depth chart was released, Hunter White stood at the top of the nickel chart, as you would expect a senior to with a redshirt sophomore and a JC transfer in the running...but make no mistake—this race is far from over. In Spring Camp, the nickel position was one that was simply too close to call, and I don't think that much has changed over the summer. Brown, the biggest of the group and possibly the best athlete, should stay neck and neck with White through Fall Camp and may just be able to secure an OR tag next to his name by the time the Georgia depth chart is released. I've seen what Brown can do (see, I'm already doing it) and he brings physicality to the position that I'm not sure even the converted LB Hunter White can match. On top of that, Brown has the ability to be very disruptive in the passing game. I still think that White gets more reps at nickel this Fall, but I don't think that Brown will be too far behind...and by the season's end, he may even be on the field at an even clip—kind of a Percy/Tevis scenario taking place at nickel. As for Simmons...I simply haven't seen enough yet...he could make the race all the more interesting...but he could just as easily redshirt this year with White and Brown holding down the spot. He probably won't...but 2012 will be the year when the depth will be of more concern.