The game with Georgia is but 16 days away, and the Fall scrimmage is just two. I haven't been this excited since we only had 17 days left. Ahhh, memories.

We've got 16 days until kickoff...so today we'll be highlighting #16 on the Boise State roster—Cedric Febis

The first player to be recruited by the Broncos in the now fertile Boise-via-Netherlands pipeline, Febis played one season of American ball at Boise's Bishop Kelly High School and helped the team to an undefeated record and a state title. Febis was named second-team all-state and first-team All-SIC after finishing his one and only year of football with 51 tackles,2 interceptions and 6 pass breakups. Febis was rated a 2-star recruit by Scout.com and fielded just one scholarship offer—from the Broncos, obviously. 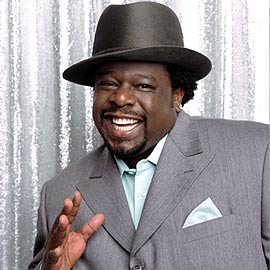 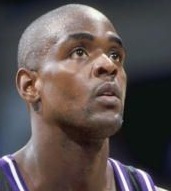 Missed nearly all of Spring Camp with an injury.

Let this be a lesson to us all: hype and sheer talent don't always trump experience. This truism is being underscored daily by the play of senior Cedric Febis—who has led the "race to replace" Jeron Johnson from day one of Fall Camp. Many—myself included—thought that the much-hyped Jeremy Ioane would easily take the reins over the quiet Febis, and become a 4-year starter at the strong safety position. We all forgot to factor in experience. By Chadd Cripe's account, Ioane may not even be #2 on the depth chart with two seniors at the front scads of experience between them. It's definitely Febis that looks like he'll be the man in 2011, however. No pressure or anything.

Bet you didn't know that Febis has 54 tackles (2 for loss) and 3 pass break-ups over the last 3 years. All, apparently, in the parts of the game where I'd mentally check out. For the life of me, I can only recall Febis' PBU in the Kibbie Dome a few seasons ago...but he's been active, and this should lend a healthy dose of optimism to everyone that's been wondering if the lanky Dutchman can be anywhere near as productive as Johnson. The truth is, he'll need to be if the Broncos hope to continue their dominant ways on defense. I think despite the low profile that Febis has kept during his time in Boise, he'll be a big-time contributor this year. He'll likely more than double his defensive statistics this season, and hopefully make us miss Jeron just a little bit less. All 3 Dutchmen should have solid years for the Broncos and we'll be rooting hard for Cedric to lead the charge.

Cedric used to be a barista at an Amsterdam coffee shop. Sizes available were grande, venti, and Sticky icky icky.