Just over two weeks until kickoff and Fall Camp appears to be going swimmingly. Speaking of which, I'm grabbing my water wings and heading to Eagle Island.

We've got 17 days until kickoff, but #17 on the roster, Geraldo Hiwat Boldewijn was highlighted all the way back on day 82...today his replacement will be walk-on fullback Jamal Wilson

I'm well aware that WR Geraldo Boldewijn will be sporting #17 this season, but the fact is...when he was highlighted, back on day 82, he was still sporting that number. Furthermore, the current #82 on the roster, Samuel Ukwuachu, was highlighted even further back, on day 98. I'm sure you see the predicament I was in. 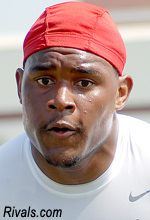 Jamal is a walk-on of the preferred variety in the class of 2011. He was a 3 year letter-winner at Fontana, CA's A.B. Miller High School, where he excelled at middle linebacker, tight end, and fullback. In Wilson's senior year, he was named to the All-Citrus Belt League first-team and the All-CIF second-team at MLB after racking up 119 tackles, 7 sacks, and 3 forced fumbles. He was named second team All-CBL as a junior at OLB after recording 81 tackles and 3 sacks. Wilson drew some small school scholarship offers, but wanted to compete at a higher level, so chose to go the walk-on route. An exhaustive look of his highlights can be found below: 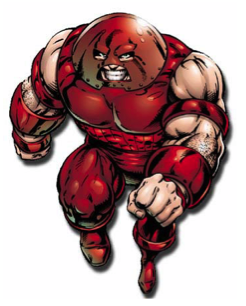 Wilson's bull-in-a-china-shop style of play is not unlike the calling card of a certain Marvel villain.

First-team All-CBL and second-team All-CIF as a senior. 3 year scholar-athlete.

No D-1 offers to speak of. That familiar Bronco shoulder-chip has been set.

I hate to tell you guys/gals this, but this is Dan "the Man" Paul's last season with the Broncos and 2012 will be sadly devoid of a hairy manbeast blocking out of the backfield. Given that the Tommy Smith appears to be a little more firmly ensconced at MLB right now and the fact that walk-on Jake Hess has left the program, I'd say the future looks bright for Wilson at FB. He'll be virtually unopposed for the duties in 2012. Of course, a few snaps may be gobbled up by Chandler Koch, who currently is fulfilling the Brockel role of TE and FB, but Wilson looks like a pure fullback—compact, strong, and ready and willing to hit somebody. Come to think of it...that's exactly what we've liked about what Mr. Paul has brought to the position...the mentality of a middle linebacker in a role of a blocking back.

If Wilson commits himself fully to the program, and the weight room this season, I don't see why he can't step in next year after redshirting and be the go-to guy. Lau, Lose, Brockel, Paul, Wilson—judging by body-type alone, I'd say that Wilson fits into that progression nicely. Whether he'll have the drive to be as great as his predecessors is entirely up to him.

While playing street ball, Wilson ran into a parked Prius. Wilson chipped a tooth, but the Prius was a total loss.