Happy Tuesday, folks! Looks like Bronco Stadium could be getting a flavor upgrade

Has the grass roots churro campaign already worked? What could possibly be in store? Also, no cow bells.

Boise State comes in at #6 in ESPN's preseason rankings

They have also been labeled as the Lightning Rod Team. That's just great. Now Boise State is going to be used to divide the nation.

They have also ranked the Broncos #2 in their Top 25 behind Oklahoma. They also have Florida State at a more palatable #9 compared to ESPN having them at #5.

Apparently some commissioners aren't happy with the current "cannibalistic" approach to conference expansion. The most enjoyable piece from this article was:

The Big 12's Dan Beebe and the SEC's Mike Slive had a heated phone conversation last week about a potential move, according to a high-ranking college official with direct knowledge of the call.

Do they have a transcript of this call available?

Join me after the jump for some more links 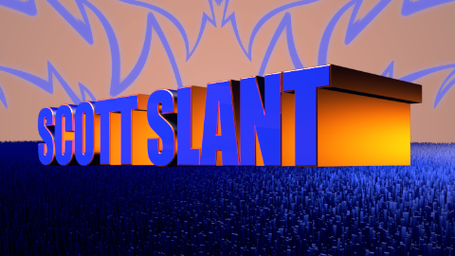 Your thoughts? I think it looks like a cross between a mid 90's Word Art creation and some bad green screen technology.

Apparently he and Bleymaier had an agreement on a 2013 date and Spear wants to follow through with those plans with the interim AD.