I do not envy the Boise State offensive line - being huge, squaring off against the Bronco defensive line every day, heavy sighs from patrons at Chuck Wagon. But I sure do love them. As the Bronco O-line goes, so goes the Bronco offense. This year's line is solid on left, green on the right, and by season's end could be one of the best groups Boise State has ever had.

Read on for an O-line preview, and leave your thoughts in the comments.

I have come up with a handful of scenarios that may befall the Broncos along the offensive line this fall. OBNUG's Nick and I will assign a prediction in the form of a percentage based on the likelihood that each scenario may happen. Everyone confused enough? Good. Let's begin.

Nick: I guess in order to have odds there needs to be some way to take the opposite side so I guess by rule I have to award at least 1 percent chance. But we all know that Boise State loves to be versatile on the offensive line. It may be abnormal for most teams, but it works for Boise State. 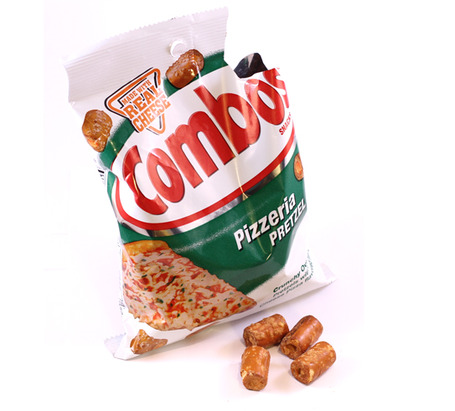 Chuck Hayes is the starter against Georgia

Kevan: The Chuck Hayes - Jake Broyles cage match is too close to call at this point, so here I go calling it: 75 percent chance Hayes starts against Georgia. The Broncos have good reason to be high on Broyles, but with all things being even, I believe BSU will go with the veteran for the biggest game of the year. Age before beauty, er, seniors before sophomores with peach fuzz goatees.

Nick: I'll put Broyles' chances to start against Georgia at an even 50 percent. Even with Brenel Myers' recent entry into the starting right guard sweepstakes, I have to agree with you, Kevan, that Boise State will probably default to Hayes' experience. But Boise State has been known to switch up it up at the last second, so it's always a possibility.

Kevan: This would seem to be a universal certainty, like Idaho not going to back-to-back bowls. What football team gives up eight or fewer sacks in three consecutive years (the Broncos gave up five in 2009)? Space Jam football team? That said, I think there's a 33 percent chance the Broncos pull this one off (I am less optimistic about the Vandals' bowl chances). Kellen Moore moves so smoothly through the pocket, and the O-line is three-fifths as good as it has ever been with Nate Potter, Joe Kellogg, and Thomas Byrd. Lightning has struck three times before (ask Lee Trevino).

Nick: Kellen Moore knows his way around a pocket and makes up for his lack of scrambling skills with his ability to elude and throw on the run. That being said, Boise State is replacing two starters on the line and last year's senior-laden line did give up eight sacks, so I'm going to put this at an even 50 percent.

The Broncos fumble zero snaps from center this season

Kevan: Thomas Byrd is one of the best centers in the West, and I believe that his snap-fumble problems are long behind him. If we're talking severe case of the rumpsnaps where everything Byrd touches hits the ground, I just don't see that happening again. If we're talking the occasional fumble here or snafu there, then I'd give it a 30 percent chance. Go big or go home, Thomas Byrd.

Nick: I had totally blocked out the center/qb exchange issues we had a few years ago. Then, lo and behold, you have to go and pose this question. I would really prefer it saying something like "2 or fewer snaps" as the occasional hiccup does occur. So I will put this at a modest 25 percent chance because no matter how good Thomas Byrd and Kellen Moore are, they are not infallible.

Kevan: I am basing my list on pro potential. The Cavender twins would have been higher, but I could not decide if they would be like a two-headed siamese twin thing or if one's strength and mind would be melded into the other's.

Note: I did consider basing my list on people who have emailed OBNUG looking for a job, in which case Tad Miller would have been tops.

Nick: I have based my list on weight. Isn't it nice to have adequately sized linemen now? No disrespect to the linemen that paved the way for the current crop of Boise State linemen, but it's nice to know that we routinely line up guys that are 300+ pounds as opposed to high 200s.

Who do you think will start at right guard in the season opener? How many line combinations do you predict? Pizza combos or Bugles? Share your thoughts in the comments.