We're at our second to last palindrome of the countdown. No, that exclamation point is not a typo.

We've got 22 days until kickoff...so today we'll be highlighting #22 on the Boise State roster—Doug Martin

As a senior at Saint Mary's, Martin was named the Best Offensive Back in San Joaquin County by the Stockton Sports Hall of Fame  after he led the Tri-City Athletic League in yards per game. That same year, Martin was named second-team All-San Joaquin TV by Comcast Sports, and was named team MVP after rushing for 1,234 yards and 14 touchdowns. Finished senior season with 1,373 total yards and rushed for 1,950 yards and 18 TDs as a junior. Named team MVP, first-team all-section, all-area, and All-San Joaquin TV by Comcast Sports his junior year. Rated only a 2-star recruit by Scout.com (fools!), Martin had one other offer—from Cal Poly.

I've heard tell that Doug isn't overly fond of this moniker...but I think he's putting on airs. This is the greatest nickname in the history of nicknames and I have no idea what it means. 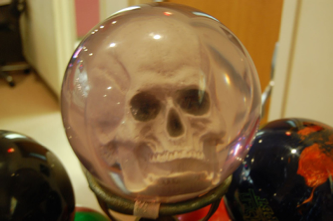 A bowling ball with a skull inside. Ostensibly, a murder ball.

As a redshirt in 2007, won the Offensive Scout Player of the Year award. Played in 11 games as a redshirt freshman in 2008, primarily on special teams. Won the Hammer award in 2008 for most physical special teams play and famously dropped the hammer on the Idaho midfield logo. Rushed for 765 yards and 15 TDs in 2009 after starting the season on defense. Won the Denny Erickson Valor award after 2009 season. Named first team All-WAC in 2010 after starting all 13 games and rushing for 1,260 yards and 12 TDs. Killed Shiloh Keo (he got better).

On a whim, ate one of the white mice intended for his snake.

Doug Martin is the reason hyperbole was invented. Simply said—Doug Martin is the most complete running back we've ever had at Boise State and the most NFL-ready. If he's not drafted on day 1 of the 2012 draft I will eat my hat (luckily for me, I have a hat made entirely of cotton candy). Simply-er said—Doug is awesome.

The only Greek tragedy type things about Doug Martin are that a) it took until his junior year before he was named starter and b) because of Kellen Moore's level of awesome rivalling his own, Doug is somewhat under utilized (by my lofty standards). Call me crazy, call me old school...but I love nothing more than to watch a physical running back run over and through people. I like to watch it more than Kellen Moore double rainbow bombs to speedy wideouts, I love to watch it more than a sunset on the coast—it is simply demoralizing to an opponent (ask Chris Prosinski and Shiloh "broken sternum" Keo)...and this is exactly what Doug Martin brings to the Bronco offense: pure, unadulterated violence. God, I love the man for it.

Doug rushed for 1,260 yards last season, but did so on only 201 carries...meaning he reached that lovely number by popping off nearly six and a half yards per run. That's incredible. 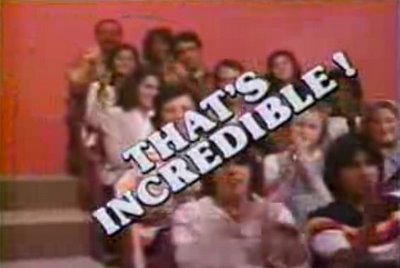 And it can get more incredible. Doug was averaging nearly 8 yards a carry at one point in the season before his YPC fell back to mortal levels...but we all know what he's capable of, and this year he's bigger and stronger. Doug Martin bench presses over 400 lbs. and runs a 4.41...he can demolish safeties and linebackers alike, even in the vaunted "SEC'. I'm putting the Dawgs on warning now...Doug Martin is the best running back you'll see this year. Better than Lattimore, better than Demps (although Demps might be a touch faster), better than Davis (get well soon, BTW). Ignore this warning at your peril.

Doug will easily get his second straight all-conference nod this Fall and produce plenty of jaw-dropping runs for the masses. He may actually get less carries this year with DJ Harper being back at full speed, but that will only keep him fresher for his linebacker mauling. He should have his second straight 1,000 yard season with relative ease and have an extremly well-attended pro day. I'll leave you with this: "Doug Mad, Doug Smash". That kinda says it all.

And can he plank?

Is it okay to have a man crush on Doug?

Get in line, pal!

FEMA trucks follow Doug Martin to any city he visits.