3 weeks and 2 days! O, how you torture me! What I wouldn't give for a tricked out Delorean equipped with a flux capacitor right about now.

We've got 23 days until kickoff...so today we'll be highlighting #23 on the Boise State roster—Eric Agbaroji

Agbaroji hails from high school football mecca, Texas, so if he excelled there, we're told he can excel anywhere. I'm apt to take "their" word for it. Agbaroji earned three varsity letters in football at Midlothian and was named first-team all-conference as a senior after recording 30 tackles, 12 PBUs, 3 blocked field goals and an interceptoin. The previous year, Agbaroji made honorable mention all-conference after tallying 40 tackles, 13 PBUs and an interception. On top of his all-conference accolades, Agbaroji also was named to The Old Coach All-Area first team and All-State second team during his time at Midlothian. If not for a bum knee for parts of his junior and senior years, Boise State might have had to fight off the likes of Texas or other Lonestar State bigwigs for his services, but in the end represented Agbaroji's only solid offer. He was rated a 3-star recruit by Scout.com and Rivals.com (Yahoo! Sports).

Not to be confused with this guy: 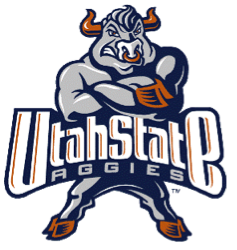 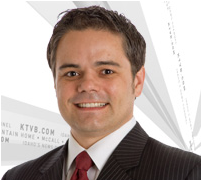 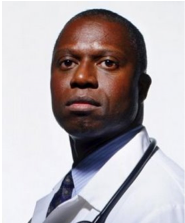 Grew up in Midlothian, so never had a chance to play for the Dillon Panthers.

The fact that Agbaroji (pronounced "Agbaroji") has a "DB" next to his name, rather than the customary "CB" tells me that the coaching staff is on the fence as to where to put him. He's 6'1" and pushing 200 lbs. so he's already pretty large for a cornerback, and after this year, we'll need some depth at strong safety (and free safety, for that matter). I think that Agbaroji probably falls more into the strong safety mold, so he's likely be competing with Jeremy Ioane or Darian Thompson in that capacity...I won't touch free safety, because I think Taylor Loffler will have that on lockdown. If however, the coaches decide that they'll play him at one of the corner slots, he'll have more of a battle on his hands as next year we'll have incoming frosh Chaz Anderson, Marcus Rios, and Donte Deayon as well as returners Ebo Makinde, Q. Ewing, and Bryan Douglas.

Yes, I think it's safe to say that safety is where Agbaroji will likely land and he's got the chops for it and the body type. Ioane has to be considered the front runner at starter for 2012 after he logs valuable minutes this year (Cedric Febis looks like the probable starter), but Agbaroji and presumably Thompson will be pushing him hard. It's really hard to say what Agbaroji might have accomplished at the prep level if he hadn't been injury-plagued, and I think when he's 100%, he'll impress a lot of people with his coverage skills. Look for him to make a big push next season and get on the field in multiple ways. As far as 2011 is concerned, however, he's a surefire redshirt.

At the Texas State Fair last summer, Agbaroji rode the Gravitron so many times that he reached full enlightenment. He also had a full wild board deep fat fried.