Just over 3 weeks now until the Broncos hit Atlanta. Today's player is one that I didn't think I'd get to highlight again. Hooray for second chances!

We've got 24 days until kickoff...so today we'll be highlighting #24 on the Boise State roster—Malcolm Johnson

Johnson lettered three times in football at Gresham's Barlow High School, and man, did he make those letters count. Johnson was named first-team All-Mt. Hood Conference at running back as a senior after rushing for 2,635 yards (you read that right) and scoring 25 touchdowns. During Johnson's senior year, he averaged just a shade under 10 yards/carry and wasn't too shabby on defense either—named all-conference as a DB. Johnson was the Mt. Hood Conference Offensive Player of the Year as a junior and senior and first-team all-conference both years. Johnson was featured in Sports Illustrated's Faces in the Crowd column in December 2008 and earned ESPN's Player of the Week award. All told, Johnson rushed for 6,975 total yards in his high school career. Malcolm was rated a 3-star back by Scout.com and was ranked the 51st best back in the country in the class of 2008. He had offers from Wyoming, Utah, UNLV, and Air Force. 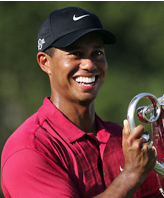 Rushing for nearly 4 miles of offense in high school.

Spent a year in community college purgatory, forcing him to forego his scholarship and rejoin the team as a walk-on.

What a difference a year makes. That's all the time it took for the mucho-hyped Malcolm Johnson to become an afterthought—snowed under by Doug Martin buzz and newer, younger recruits. Of course, it didn't have to be this way—Johnson could have still had the Treasure Valley abuzz after a redshirt freshman year where he almost certainly would have gotten good minutes after DJ Harper went down. Alas, that's not the way things worked out. Johnson was floundering academically and it was decided that it would be best if he spent some time away from the program to get things in order. Johnson enrolled at a community college close to home and did just that. Here's where the story might have a happy ending for Johnson, who could have gone the way of other recent top recruits who left the program before they could realize their potential.

Johnson rejoined the team this Fall as a walk-on—a display of humility that you don't often see—and will try to earn back his roster spot wearing the same number he donned before his departure. He'll have no less of a battle awaiting him, as true freshman Jay Ajayi is now on campus, and Doug Martin and DJ Harper looking to soak up the lion's share of the backfield carries this year. Johnson also has junior Drew Wright to supplant if he wants to get carries in 2011—a player that once was behind Johnson on the depth chart, but now has far more experience in the program and may have a competitive edge as well. We're all rooting for Johnson to complete his comeback and actually contribute this year, and if he does, it could facilitate a surprise redshirt from Jay Ajayi. I think that Johnson will get some playing time this season, as he won't struggle to learn the playbook like the youngsters might. I have no idea where his fitness level is, however, so it might be a bit later in the season. All I know is that Johnson was once the talk of the town, and if he can come back from no man's land to become a part of "the stable", it may be the most impressive thing he's done on the gridiron since re-writing the Oregon record books.

Malcolm's grandfather Ulysses founded the city of Johnsonville—a town completely devoted to the art of sausage-making.