There are 57 varieties of Heinz and 57 days until the season opener. Coincidence? Probably.

We've got 57 days until kickoff...but that number has yet to be assigned (officially) on the Bronco roster, so today we'll highlight a poor numberless Bronco soul—Hayden Plinke

Plinke was a big-time stud at Glencoe High School (a recurring them among Bronco recruits). He was named honorable mention all-state and first-team all-conference as a senior and was a second-team all-conference performer as a junior. As a senior, Plinke rushed for 251 yards and caught 31 passes for 457 yards—he also scored five TDs in his senior season. An all-around athlete, Plinke received three varsity letters in track and field, winning the state javelin title as a junior. Plinke's other scholarship offers came from defending FCS national champ Eastern Washington and Air Force. 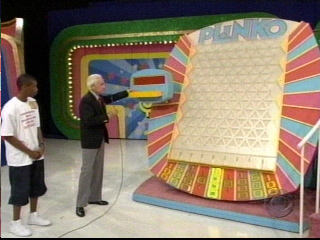 "Spay and neuter your pets." 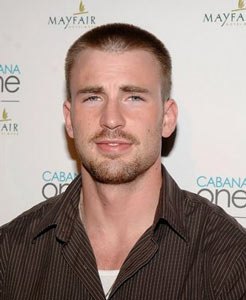 All-state and all-conference honors as a senior. Student body president at Glencoe High.

It's my understanding that Hayden is one of the performers in this video from the "Mr. Glencoe" pageant. Which one is he? Does it matter?

Plinke was actually one of the more under-recruited pickups in the Broncos 2011 class, but that certainly doesn't mean that he can't or won't be a big-time player for the Broncos. In fact, Plinke's lack of major recruiting interest was a major coup for the Broncos as they were able to nab him fairly easily after producing an offer. Make no mistake, Plinke is as big and athletic a tight end as we've brought in in some time. You want evidence? Watch the below video that I found of youtube of last year's NFTC camp. Plinke will be the first guy you see do the drill—tell me he doesn't look much quicker and explosive than the player immediately following him, Colt Lyerla—a 4-star Oregon LB commit, and the 4th guy up, Kasen Williams, a 28-star WR recruit for Washington. Keep in mind that Plinke is a tight end.

With Chandler Koch, Gabe Linehan, Kyle Sosnowski and Mackey Award watch-lister Kyle Efaw all in the lineup for 2011, the Broncos saw fit to have Plinke grayshirt in 2011. Of course, this just means more time for Plinke to add bulk to his frame and hit the books. Whether he'll follow his grayshirt with a redshirt remains to be seen, but I wouldn't be surprised—with the departure of Efaw at the end of the year—if Plinke couldn't become a mainstay on the Bronco offense as early as 2012. The Bronco offense asks more out of their tight ends than most offenses in the country, and Plinke looks like just the type of player that can really thrive. He's more of an Efaw-type TE, and has a lot of athleticism, so his skillset might be too enticing to keep off the field in Efaw's absence. Either way, Plinke was a hidden gem in the most current recruiting class, and I think a few schools are going to kick themselves for not offering him when all is said and done.