Our countdown has reached "grandma on the freeway" territory—under 60.

We've got 59 days until kickoff...but that number has yet to be assigned (officially) on the Bronco roster, so today we'll highlight someone we missed a few weeks back—Jeff Worthy

Before any of the number purists shout, "Hey, Worthy is number 98!", keep in mind that the new roster numbers came out just a few weeks ago—well after I'd arbitrarily assigned the #98 to Samuel Ukwuachu. Picking unassigned numbers is a crap shoot at best, so when I saw another free number, I doubled back to add Worthy...who we're now aware will be wearing #98 in the Fall.

Worthy was an absolute beast for Whittier Christian High. He won four varsity letters in football and was named first team all-state and all-conference as both a junior and senior. As a senior, Worthy recorded 79 tackles, 10 sacks, and 2 forced fumbles—all in a season shortened by a knee injury. As a junior, with a healthy knee, Worthy piled up a staggering 137 tackles, 19 sacks, and 4 forced fumbles. In case you weren't sure...those are ridiculous numbers for a defensive tackle. Worthy at one point considered UCLA, which was virtually in his backyard, to be his dream school, but the Bronco coaches' sealed the deal with the big man and he chose Boise State over offers from UCLA, Arizona State, Kansas, Minnesota, Nebraska, Oregon State, SDSU, and SMU. Tall Cotton! 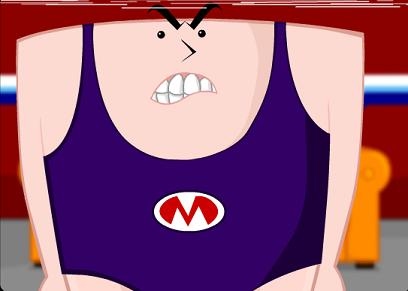 Named first team all-state and all-conference as a junior and senior. Named team captain as a senior. Led team to runner-up finish in CIF Southern Section / Division 10 Championship in 2010.

Knee injury kept him out till midseason of senior year at Whittier.

The Broncos haven't had a true freshman start along the defensive line since Alex Guerrero accomplished the feat in 2002 (fact check, please). Even Alex would admit that Jeff Worthy is more game-ready as a true frosh than he...the only difference is that we simply might not need the depth. If Worthy had arrived next season, I would call him a straight slam dunk to push for a starting role on the D-line. He is easily the highest profile DT recruit we've had since Billy Winn, and it seems like Winn turned out 'okay'. Rumor has it that when Nebraska offered Worthy, Bo Pellini phoned him up and told him he "reminded him of Ndamukong Suh" (again, a guy that turned out 'okay').

But, is Worthy too good to not see the field at all in 2011? Maybe. He won't be pushing for a starting job, but I honestly think that if Worthy's knee is 100% he could easily push Tjong-A-Tjoe or Atkinson for their spot on the 2-deep. He's not going to unseat senior Billy Winn or Chase Baker, but in a year that the coaches have vowed to play a handful of true freshman, I can think of no better candidate than Worthy. Freshmen simply don't generally come in at 6'4" and 285 lbs. and, at Boise State, generally don't come in having spurned offers from Nebraska, UCLA, and Kansas. Worthy is the real deal, and Bronco Nation will find out soon just what he's capable of. I think we'll see him join the rotation at some point this season and in 2012 he'll take over for Winn (possibly alongside fellow frosh Robert Ash) and start collecting all-conference honors in his stead.

You may have noticed the Chipotle Mexican Grill going in near the Boise Towne Square. The franchise was on the fence as to whether they should expand to the Boise market until they saw that Worthy was coming into town. He'd single-handedly kept their Clovis restaurant afloat, even in the difficult economy.