True or false: Boise State will struggle in its first year in the Mountain West

Share All sharing options for: True or false: Boise State will struggle in its first year in the Mountain West

There is a popular theory floating around that the Boise State football team will struggle in its first year in a new conference. And were this theory purported by jealous Mountain West bloggers or trollish Bleacher Report types, I would laugh it off like I do all theories about Boise State incompetence - heartily and with great aplomb.

But this theory is different. Coach Pete believes in this theory. Should we?

"When you look at teams that join a new conference, that first year -- even if the team is great -- doesn't go well," Petersen said during a MWC media teleconference.

At this point, we can assume two things:

I guess if I think really hard about why a new conference could be difficult I can come up with a few reasons. If I have to. Unfamiliarity definitely would factor into the equation, although I'm not sold on just how much. There are new stadiums and new environments to deal with on a semi-weekly basis - no 9:00 a.m. San Jose State crowd to get you feeling nostalgic. Gameplanning for an opponent will be a brand new experience for most of the teams on the schedule. The Mountain West's Nintendo 64 of a logo will be all over the place, making you wish you were playing Mario Tennis. 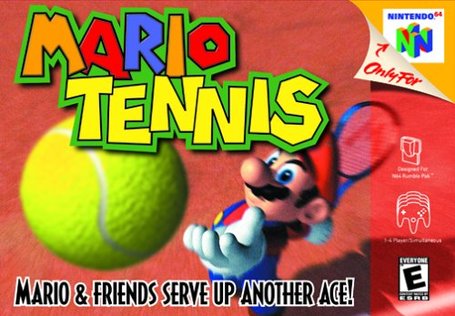 But really, all those factors don't amount to much. Gameplanning, which may be the biggest deal, will not change much from the typical modus operandi of the Bronco coaches. For instance, the Broncos play Fresno State every year, but every year, the Bulldog gamefilm looks a little different with different players and different sets and different schemes. I'm not entirely sure how much carryover there is from year to year, other than the consistency of Pat Hill punting on 3rd and short from the BSU 40.

If anything, the new conference may rattle teams that are unprepared for the challenge. Boise State is not one of those teams.

Even history, which Coach Pete referenced in his quote, is on the Broncos' side. Here is a list of some of the more notable teams who moved conferences in the last 20 years.

Two teams won their conference championships in their first year. Over half went to bowl games.

This tells me that it is not so much the conference you are joining as it is the team that you have. Bad teams have bad records when they join a new conference. Good teams have good records, especially when the conference they join is not a huge step up in competition (think 2005 ACC for Virginia Tech).

Joining a new conference will add a layer of difficulty for the Broncos, but it's a small layer. And it's a layer that should matter far less in the final outcome of 2011 than layers like wide receiver play, the kicking game, turnovers, and red zone points.

But hey, if people want to keep thinking the that a new Mountain West schedule puts the Broncos behind the eight ball, more power to them. Rocky Long has been looking for a good conspiracy theory.