Word on Twitter is that this hit may be the best hit in Boise State history. Agree or disagree, Russell Hill?

Bronco basketball recruit tearing up U-19 tournament for Australia

Just confirming what you already know: Georgia Dome will be full of Georgia fans

The seating chart was revealed here a couple weeks back, and now for further evidence of a slight non-neutral tilt toward UGA, the exact numbers for ticket availability stand at 53,000 tix for Georgia fans and 7,500 for Bronco fans. In case you forgot, here is the seating chart: 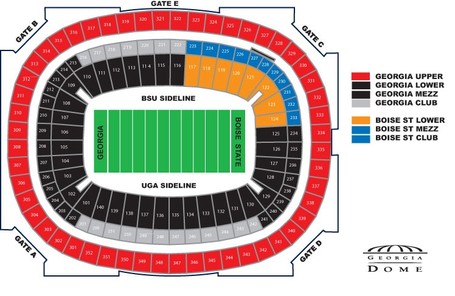 Deseret News finds Kyle Brotzman to not be a complete mess, like they expected

Boise State whistle blower gets at least 40 grand in settlement

Happy birthday to you