Atlanta, Georgia is 94º today with 82% humidity. Don't worry, I'm sure by September it will be downright chilly.

Thompson had a solid football career at Paraclete High School and finished it off with a bang. As a senior last year for the Spirits, Thompson was named All-CIF and All-Valley Defensive Most Valuable Player, which makes it not entirely surprising that he was also made All-CIF, all-valley and all-league teams. Thompson finished his senior year with 74 tackles, 7 interceptions, 8 PBUs and 2 interception returns for TDs. On offense, Thompson also contributed in a big way, catching 52 passes for 953 yards and 13 touchdowns—both school records for a single season. As a junior, Thompson made 40 tackles, 4 INTs and 4 PBUs, for which he earned a 2nd team all-league nod. Thompson was given a 76 rating by ESPN's recruiting service and a position ranking of 105, nationally. Thompson drew interest from Fresno State and Oregon State, but the Broncos were the only team to pull the trigger. Our gain.

Good alliteration...dares QBs to throw to his side of the field. 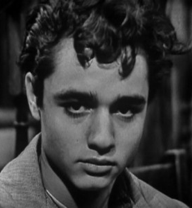 All-CIF Most Valuable Defensive Player honors in 2010. Named to All-CIF and All-Valley first team on defense. Single-season school records in 2010 for receiving yards and TDs.

Thompson looks to have been a great "get" for the Broncos in their 2011 recruiting class. He's got good size and room to grow and showed all kinds of productivity on both sides of the ball in high school. The Broncos recruited him as a safety, and he'll obviously get a chance next season to compete for George Iloka's vacated spot. He has little chance of playing as a true frosh unless injuries become a concern, so I wouldn't expect to see him this year except a glimpse in the Fall scrimmage. Another probable free safety commit from the '11 class—Taylor Loffler—will likely be Thompson's chief adversary in the Spring and into next Fall and I anticipate that these two will be jockeying for the 1st and 2nd FS spots for the next 4 years. For now, it looks like Thompson will have to absorb the playbook, put on a few extra lbs. and focus on his studies, because this year should be all about learning for him. Next year, things get real.

Coincidentally, Darian's favorite fruit is the Durian, the spiky, stinking fruit from Malaysia. 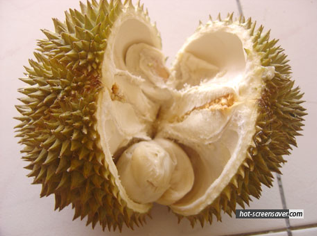