It's hard to believe that there's just a little over a month until the Broncos arrive in Atlanta to atone for Jared Zabransky's Terrible, Horrible, No Good, Very Bad Day. I guess time flies when you're writing wordy player highlights.

We've got 38 days until kickoff...so today we'll be highlighting #38 on the Boise State roster—Raphiel Lambert

Lambert was a two-way star for the Jesuit High football team, earning awards and accolades as both an offensive player and a defensive player. Lambert rushed for nearly 2,700 yards in his career, averaging 8.5 yards per carry, and scored 40 TDs. Lambert also caught 48 passes for 426 yards and had 10 career interceptions. A special teams standout as well, Lambert averaged over 34 yards per punt return for the Crusaders. Rated a 3-star recruit by Scout.com, Lambert received offers from Montana, Portland State, Oregon State, and Boise State.

This is Lambert's dormant twitter handle...so I'll just assume he wants us to call him that. 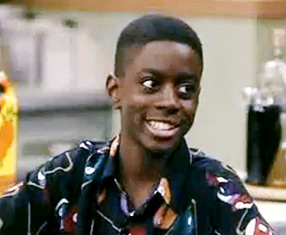 Dreaded "member of Bronco football team" statline in 2010. Missed entire season due to ACL injury in 2009.

Lambert came to Boise State as a highly regarded prospect at both cornerback and running back, but he's yet to see the field in either capacity. Bummer.

Lambert is listed as a junior, although he'll likely apply for—and receive—an extra year of eligibility at the end of next season since he sat out 2009 with an ACL tear. That means, we'll likely have Lambert for 3 more years in the program, and hopefully we'll actually get to see him play sooner or later. Lambert, at 5'7" and 210 lbs. (I still say he's at least 5'9" or I'm a midget) certainly has the frame to move the ball between tackles and I think once Doug Martin has exhausted his eligibility, may become the short-yardage specialist for the Broncos. Lambert's compact frame is in the Antwaun Carter mold, and I liked what Carter brought to the offense while he was here. Depth being what it is at RB, I can't imagine Lambert ever ascending to one of the top 2 slots in the backfield, but I do think he can make his presence known around the goal line and as a nice change-of-pace back. We saw what Jarvis Hodge was capable of in garbage time situations the last few seasons...I truly believe that Lambert can provide at least that kind of production—hopefully more, as i know he's a step faster than Hodge and probably is more of a receiving threat. With any luck, Lambert will somehow get on the "committee" this season and at the very least get some special teams time. If you're a good enough athlete to play offense or defense, special teams should be a cake walk.

Raphiel is a master of many ninja weapons, but specializes in the sai. He also loves pizza, skateboarding, and hot, yellow-jumpsuit-clad news reporters.