Under 40 days until the Broncos hit Atlanta to visit Ted Turner, catch a Braves game, and play a little football if the mood strikes them.

Wright was a three-year letterman at Caldwell's Vallivue High and earned all-conference or all-state honors  every year that he played. As a senior, Wright put up what I like to call "typo" numbers because you swear someone messed up the data entry. But his numbers were legit—in his final season as a Falcon, Wright rushed for 2,434 yards and 23 TDs. For that ridiculous display he was named first-team all-state and all-conference. His junior season also garnered him first-team all-conference honors after he ran for 1,256 yards and 15 touchdowns...not bad, but consider that in his senior season, he had more yards than that through only 5 games! Alas, Wright's pinball numbers weren't enough to get him any big offers and he opted to join the Broncos as a walk-on in 2008.

Throwing in a little misdirection. 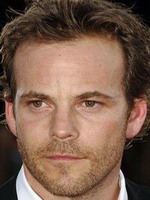 No schollies after putting up Tecmo Bowl numbers in high school.

Wright, who is inexplicably already a junior, probably will have a tougher time seeing the field this year than in 2010. It seems odd to say that since Wright played in 11 games last year and we lost 4 RBs off the roster in the offseason (Avery, Hodge, Kaiserman, Audagnotti), but I can't help but think that there's another back that's likely to soak up the remaining carries after Doug Martin and (knock on wood) D.J. Harper get theirs. Of course, I'm referring to Texas phenom Jay Ajayi, who in my humble opinion, will be just too good to not see the field this Fall. With Doug Martin's proven track record at starter, I doubt the Broncos will be doing much of the 3-headed RB monster this Fall...so that means that Martin gets the start and presumably at least 60% of the carries, and then a healthy Harper splits the remaining carries with his fellow Texan. It doesn't leave a lot of room for Wright to work his way into the backfield. Adding pressure on Wright will be Raphiel Lambert and potentially Malcolm Johnson, who I've heard tell is trying to work his way back into the program. It may seem unfair to automatically place Ajayi into the 3rd RB slot before he's even played a down, but I have an inkling that he won't be donning a redshirt and frankly, thems just the breaks. Wright will probably still get some garbage time carries this Fall, but I think he has a better chance this year to really insert himself into a few special teams—he's up 10 lbs. from last season and I think would do well blocking for kick returns or taking out blockers on kickoffs.

Wright found a word that rhymes with "orange". The word only exists in the Bantu language and means "a sheep's small instestine".