We're a lent season away from the start of this season and I feel like I've been fasting from college football for far too long.

Crawford took a rather windy road to get to the Blue. First recruited by the Broncos allll the way back in 2007 when he was terrorizing offenses and defenses at Windsor, Ontario's Catholic Central High. Back then, Crawford was making puny Canucks look foolish as a fullback, tight end, and defensive end. Bronco coaches that braved the Canadian wild offered Crawford on the spot, and he accepted...kinda. Crawford couldn't get his academic ducks in a row, so to speak, and elected to go the JC route—but his commitment to the Broncos was there the whole time. Last season at Bakersfield College, Crawford was named a JC All-American and conference defensive MVP after recording 42 tackles (14 for loss) and 8 sacks. Crawford actually was an all-league selection both years at Bakersfield. Amazingly, in both high school and college, the Broncos represented Tyrone's only scholarship offer, but his strong commitment to Boise State likely scared off any extra suitors. Crawford was named a 4-star JC recruit by Rivals.com and a 5.8 caliber player.

He's Canadian. He always gets his man (runningbacks, quarterbacks, etc). 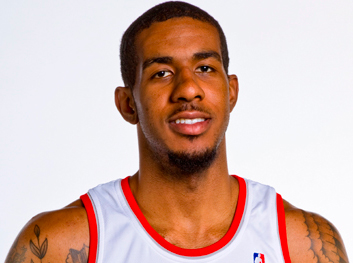 If you had to pick one, I guess you could say Crawford's first half of last year by his own admission:

"The first half, I felt just kind of disconnected with the playcalling and everything,"

Tyrone Crawford is poised to make a leap this year. He is slated to move into the starting DE position opposite Shea McClellin replacing Ryan Winterswyk. And after a year backing up Winterswyk and learning from him, Crawford should be to the point of mastering the defense scheme and Coach Kwiatkowski should be able to better utilize one of Boise State's more athletic defensive ends of all time.

Tyrone Crawford is a big fan of HGTV and it's Canadian stars like Mike Holmes.