Almost out of the 40s and two weeks out from the opening of Fall Camp. Y'know...the game with Georgia is starting to sound like it actually might happen. 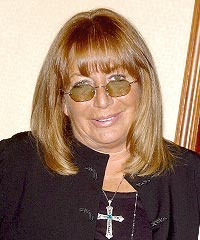 Think of the head games you could play with opposing quarterbacks when they hear that "Penny" Marshall is coming after them. It'd be truly frightening.

Passed up by Kirby Moore to be Kellen's best man.

There's no question that Marshall is our speediest defensive end, reportedly clocking a 4.42 40 time. Unfortunately, he's still easily our smallest defensive end, so when he can't give offensive tackles the quick end-around, he's not bulldozing anybody. Marshall is, however, up 9 lbs. from last offseason putting him at a whopping 216 lbs. or as I like to think of it—still smaller than our linebackers. Now, none of this is to say that Marshall is ineffective at the position...quite the contrary. He still got some meaningful minutes in 2010 and managed to record 10 tackles and 1 sack. I still think he seems more suited for an OLB position, but you have to admit that the possibilities for him at end are intriguing and a little exciting. At the same time, I do think that he'll need to probably gain about 15 more lbs. to be an every down type end for the Broncos.

Going into Fall Camp, the DE first-teamers are likely to be Shea McClellin and Tyrone Crawford. After that, the 2nd team, in my opinion, will be Jarrell Root and Marshall. Marshall will see the field plenty in 2011 and I think improve upon his minutes and numbers from last season. He still represents some pretty devastating speed at the position, and if Coach Kwiatkowski can dream up some interesting schemes to take advantage of it...he has the potential to make more than a few quarterbacks look silly. All I ask of Marshall is that he start to eat lunch with Ricky Tjong-A-Tjoe.

On a recent commercial flight, Marshall fell asleep and got Inception'd