The Georgia game is right around the proverbial corner. You can tell because of the effusive Lou Holtzing that Mark Richt gave the Broncos the other day, and hey...how did a defensive tackle get all the way down here?

This has to catch on. No way am I typing "Tjong-A-Tjoe" over and over again. Pesky hyphens. 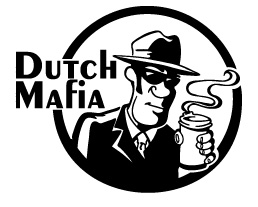 Played in 12 games as redshirt freshman. First team all-state and all-conference as a senior at Boise High.

Dates are few and far between because of insistence on "going Dutch".

Did you think TAT was pretty big last year? So did I. Guess what? He's gained 25 lbs. Don't believe me? Check out his pic from last year's countdown:

Yes, TAT has gained 25 lbs. since last season, meaning that if predictions hold true, and he is alongside Michael Atkinson on "wave 2" of the DT rotation, O-lines will merely have 627 lbs. of beef to displace before a path can be cleared for their running backs. Of course, in the event that actually happens, Byron Hout will be eagerly awaiting in the gap to meet and greet said running back. I'm liking this scenario.

TAT had a solid and productive freshman campaign in 2010, appearing in 12 games for the Broncos in a backup role and finished the season with 24 tackles (6.5 for loss), and 2.5 sacks. Here's where I get everyone's hopes up—Billy Winn's freshman season was nearly identical. In 2008, Winn recorded 27 tackles (6.5 for loss) and—you guessed it—2.5 sacks. The only difference here is that Winn was a starter from his sophomore season on, whereas TAT will again be 2nd on the depth chart as soph, ironically, because Winn is still here. Now, I don't think TAT and Winn's games are strikingly similar, but you have to like the production from TAT, who we hope retains his athleticism even after packing on the lbs. I think he's in line for a stellar sophomore season in 2011, upping his sack and TFL totals slightly, and likely breaching the 30 tackle threshold. Not bad for a kid that's only been playing football for a couple of years.

This summer look for Ricky in the long-awaited franchise reboot of the popular Cheech and Tjong movies.