The season opener is officially sold out...so if you're going to the game...congrats on being a sell-out.

We've got 45 days until kickoff...so today we'll be highlighting #45 on the Bronco roster —Travis Saxton

Saxton earned just two varsity football letters at Eagle High, but he definitely made them count—racking up a mind-blowing 270 tackles between his junior and senior seasons with 4 INTs and 6 forced fumbles. 172(!) of those 270 tackles came in his senior season alone, and for that, Saxton was named first team all-state and first team all-conference. Saxton was named honorable mention all-conference as a junior. Despite the lofty numbers, Saxton failed to garner any scholarship offers, which is a head scratcher if I ever heard one. Saxton walked on to the team and redshirted last season. 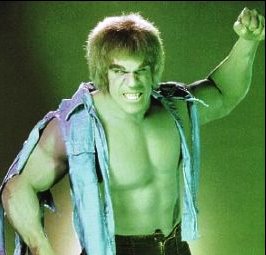 Named special teams scout team player of the week leading up to Oregon State game. All-state and all-conference as a senior and honorable mention as junior.

So far, I've failed to really talk much about Saxton when I've discussed the depth at linebacker, or lack thereof. This has nothing to do with Saxton's potential (he has it), and more to do with the fact that he is a walk-on that we've seen very little of and currently, I don't know if they plan to line him up at MLB or OLB. One needs only look at Saxton's senior season at Eagle to know that the kid can be a productive member of the team. Heck, J.C. Percy has become a fixture on the Bronco D and he didn't ever make 172 tackles in a season...so let's just say that Saxton will have every opportunity to bloom wherever they plant him. I can already foresee him being a special teams demon, as his high school highlight video indicates he won't shy away from hits—plus, he's already caught the coaches' eyes on special teams, so his chances of making a starting unit are sky high. Saxton could also add instant depth to the MLB group that finds itself thinner after the departures of Acrey, Mackey, and Mooney and ostensibly, will field Byron Hout, Blake Renaud, and possibly Tommy Smith in 2011. Barring PT there, he's going to bust a few heads on special teams...there's just no way this kid doesn't see the field this somewhere this year. View his highlight vid below and tell me the kid can't play—every one of his hits are in the "de-cleating" stratosphere...and he's gotten thicker since his redshirt year.

Saxton always tackles his problems head on. This is how his high school math teacher ended up in traction.