Redshirt freshman rundown: Who will have the biggest impact in 2011?

Share All sharing options for: Redshirt freshman rundown: Who will have the biggest impact in 2011?

Consider this post a compendium of Drew's work. Redshirt freshmen are in that awkward place where they are ready to contribute but no one can remember who they are. It has been a year since these players were highly thought-of recruits. Good news is that they're still good, and many may play key roles this season. Join me after the jump for a rundown, and let me know who you think will have the biggest impact in 2011.

S Jeremy Ioane - I cannot remember exactly when the hype started for Ioane's Boise State future (I want to say late 1990s, but that doesn't sound right), but I do remember being caught up in it. Of all the redshirt freshmen, Ioane seems like the surest bet to have an impact right away. He is competing for playing time at safety and could be in the starting lineup on September 3 against Georgia. At the very least, he should have an impact on special teams, and by "impact," I mean "injure some people." I'm just going off of what I see on this video.

WR Matt Miller - The former Mr. Montana was my pick to be the breakout star of the 2011 Boise State football season. But then Drew reminded me that MIller is coming off Achilles surgery and that people don't just bounce back from injuries like those. For goodness' sake, it killed the guy it is named after. Still, Miller could get some snaps at backup receiver this fall.

TE Kyle Sosnowski - You could do a whole lot worse than tight end if you were picking positions on the Boise State football team to get playing time. The Broncos like to use multiple-TE sets, and Sosnowski is near enough to the top of the depth chart (Kyle Efaw, Gabe Linehan, Chandler Koch, The Sozz) that he could see time on the field this fall. Bonus: He is basically Kyle Efaw, so that should be good for at least a couple series before coaches find out.

K Dan Goodale - Depending on how things go in fall camp, it will either be Goodale or Jake Van Ginkel kicking the uber-important field goals and extra points in the Georgia game. This terrifies me more than you know. Also, Dan Goodale was on the roster last year? I have no recollection of that whatsoever.

QB Grant Hedrick - Hedrick will do a very good job holding clipboard and making goofy sideline guestures, but as far as actual football? He'll be the toast of fall camp (the backup to the backup always is) and he'll get his starting shot next season. 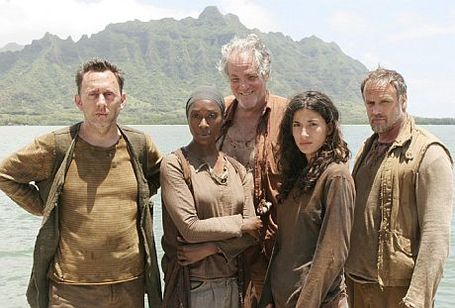 Among the remaining redshirts, DL David Cushing and OL Greg Dohmen have some pretty tall walls to climb if they want to crack the depth chart in the trenches. But hey, Dohmen got mentioned on a Georgia blog, so that's a start. WR Anthony Clarke is behind WR Miller, who is behind lots of others at wide receiver. And LB Travis Saxton's claim to fame is having his own roster countdown today.

As a technicality, WR Troy Ware and DE Tyler Horn are true freshman who grayshirted last year, otherwise you would see them on this list. Ware and Miller (and to a lesser extent Clarke) are competing at wide receiver, and Horn may be a second-team defensive end if certain dominoes fall certain ways.

So who will have the biggest impact?

A better question might be: Who is going to vote for someone other than Ioane? Certainly, Mr. Hawaiian Punch has the airs of Boise State's hottest redshirt freshman, but his starting spot is no guarantee. Goodale would be monumentally important if he wins the starting kicker job. Miller and Sosnowski could be big targets in the passing game. Bryan Douglas could have an Ebo Makinde-type fall. Basically, no one knows. But it's fun to guess. Let me know your vote in the poll and share your voting reasons in the comments.