The countdown has been running, without interruption, for 53 days. I hope the players are getting into as good of shape as my carpal tunnels.

We've got 46 days until kickoff...so today we'll be highlighting #46 on the Bronco roster —Bryan Douglas

Douglas was a two-way football star at Narbonne High and, in turn, was a two-time all-conference football player. As a senior wide receiver, he earned first-team All-Conference honors after catching 44 passes for 852 yards and four touchdowns. Douglas recorded 52 tackles, 14 pass breakups and five interceptions on defense as a senior and also returned one kick for a TD. During his high school career, Douglas was named All-Area, All-City and All-Marine League and was ranked in the top-100 by Scout.com and rated the No. 7 cornerback in California. Douglas also had a scholarship offer from San Diego State of the Mountain West Conference.

Ran a 10.68 time in the 100m. I know, this was more impressive before Dallas Burroughs signed on. 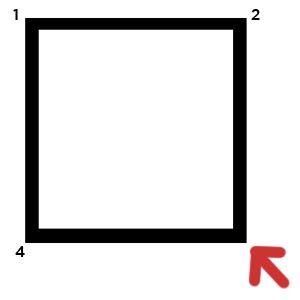 Douglas seems to be the corner that no one's really talking about and I'm not sure why. With the departure of Brandyn Thompson freeing up a corner slot, the race should be considered fairly wide open. However, the media has virtually already given the nod to senior Jerrell Gavins with a few straggling Ebo Makinde holdouts. Frankly, I think that Douglas has as good a shot to challenge Gavins as Makinde and I think will assert himself this Fall for the job. This isn't to say that Gavins won't, indeed, come away with the job, but Douglas should at least be mentioned as a potential starter at the position. Douglas possesses a height advantage on Gavins regardless of what Broncosports.com would lead you to believe and during his recruitment was praised as a "savvy cornerback prospect with good speed and instincts," by ESPN.com and "pound-for-pound, may be the best corner in the Southland." by Scout recruiting services. The one area of concern with Douglas has always been his slender build and although he looks to have bulked up a bit to me, his Broncosports bio tells a different story...he's down 8 lbs. since recruitment—that, or he padded his height-weight stats during that time (a distinct possibility as he's now listed two inches shorter as well). I like Douglas to push for a starting role this Fall, and barring that at least get some PT this year in dime packages and the like. He should at least see adequate garbage time minutes to gain experience and probably will land on at least on special teams unit this year. Moving into 2012, the sky should be the limit.

At Bryan's apartment, he had the doorbell chime changed to a recording of Mr. Haney from Green Acres (Pat Buttram) saying "Hey, Mr. Douglas". Sorry, I watched a lot of Nick at Nite back in the day. 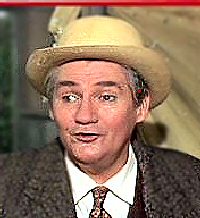