I've seen a lot of cool things in my time, but this hat is awesome 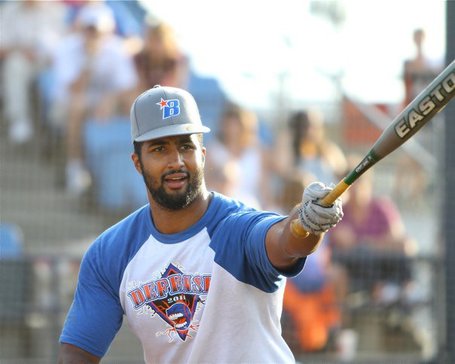 And with that, the offseason watch list watching concludes. Now back to your regularly scheduled Boise State roster page refreshing.

In short, SB Nation's college blogs decided to re-draft the college football conferences based on reasons that matter to most people. In super short, they totally blew it by waiting nine rounds to draft the Broncos. Boise State now fictionally plays in the TMZ Conference with Ohio State, Florida State, Louisville, Michigan State, West Virginia, Maryland, Missouri, and Utah.

Oh wait, I just remembered: We're in the Mountain West now and don't have to care about this daysoap drama anymore. Huzzah!

Georgia down another running back for opener against Boise State

And Phil Steele's calculator put a man on the moon, for crying out loud. Believe it.