The countdown keeps chugging along and we'll soon have more to get excited about than women's soccer. Now that's good news.

This nickname endorsed by Paul's vicious blocking style and also his chest mane. 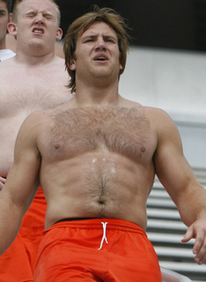 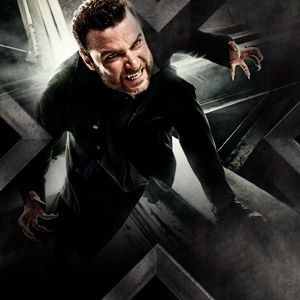 Blocking back on Bronco team that finished 21st in the nation in rushing offense. Named to WAC All-Academic team in 2010. Made 4 starts at fullback in 2010 and 11 game appearances. Amazing 3 TDs in 4 receptions in 2009. As a blocking back in 2009, paved the way for Bronco rushing attack that amassed nearly 200 yards/game.

Dan Paul is easily one of my favorite players on the team despite being a blocking back that rarely gets carries or receptions. Why? Well, because he brings an intensity to the position that has a very tangible effect on the offense. I know it's hard to pay attention to the fullback when you've got Kellen Moore tip-toeing in the pocket or Doug Martin hitting the line of scrimmage like a Mack truck...but do yourself a favor and watch Dan Paul when he's in the game. He attacks his blocks like a mad man, or you might say, he attacks his blocks like a linebacker trying to lay a hit on someone—this is not a coincidence—he was recruited as a linebacker and made the switch after his grayshirt year. Paul brings intensity to the weight room as well—posting a 406 lb. hang clean during offseason testing and last year was matched by only CB Ebo Makinde in the vertical jump at 37 inches and is closing in on 600 lbs. in the back squat. In short, he's everything you want a fullback to be. He's not going to get much glory or acquire many stats, but his value to the team is incalculable. With that, I'll leave you with my 3 favorite Dan Paul photos that illustrate my points perfectly. 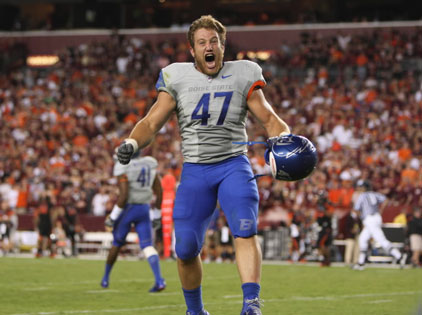 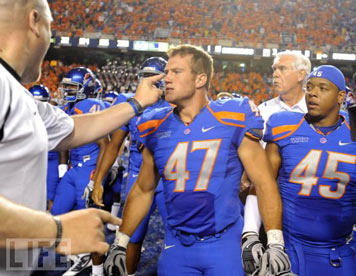 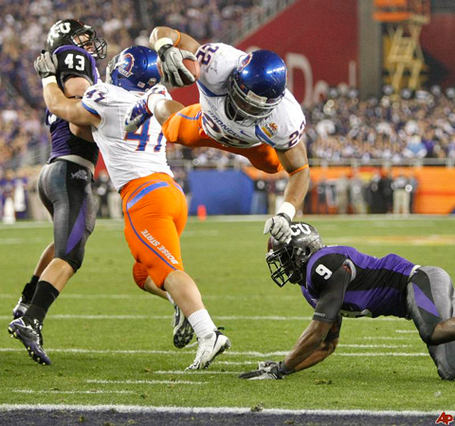 Dan Paul is a senior this year. My status: Bummed.

Dan Paul ate an entire box of "Grape Nuts" before he realized it was actually gravel. Only a small difference, if you ask me.