Into the 40s now on our countdown and Fall Camp opens in less than a month. Now I know what Jim Croce was on about with his "Time in a Bottle" song.

We've got 49 days until kickoff...so today we'll be highlighting #49 on the Boise State roster—Brad Elkin

Elkin was a three-year letterman in both football and soccer at Tacoma's Bellarmine Prep. As a senior he was named first-team all-league as a punter and first-team all-league, all-area, and all-state as a kicker. Elkin made 16-of-17 extra points and 7-of-10 field goals, which earned him a spot on the Seattle Times all-state team. As a senior, Elkin was rated the #4 punter in nation, but received but one offer—from Boise State. 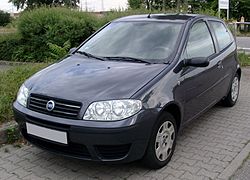 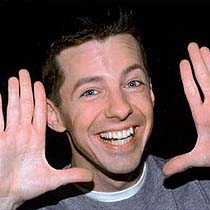 Will and Grace "funnyman" Sean Hayes

51-yard field goal was longest in state of Washington in 2006. Named to Seattle Times all-state team. Downed 8 balls inside the 20 as a true freshman in 2007.

After playing as a true frosh, seeing duties dwindle to near nothing.

It's deja vu all over again as I once again look ahead to Elkin's senior season. Elkin used the ultra-rare "non-injury senior redshirt" last season as his role on special teams had been slowly reduced to practically nil. Oddly, it was Elkin's true freshman season that saw him handle the most punts (27), but it was his inconsistency that led the coaching staff to give placekicker Kyle Brotzman the opportunity to show what he could do in that arena. Brotzman's unorthodox, low-flying rollout punts were simply much more effective at pinning opponents deep and Elkin became more of a short-field punt specialist—trying to pin opponents deep with so-called "coffin corner" kicks. Elkin was asked to punt a total of just 21 times during his next two years combined, and ultimately it was decided that squandering his senior season on a mere handful of punts would be fruitless with Brotzman having locked up punting duties. In 2011, Elkin has a chance at a fresh start.

Brotzman has moved on, and as infamous as he unfortunately became as a placekicker, he was a very solid punter for the Broncos during his tenure, punting for over 4,600 yards and posting a 70+ yard punt in all 4 seasons. Elkin simply doesn't have that type of range with his more orthodox punts, but he should have a legitimate shot to win the job this year, with his stiffest competition coming from walk-on Trevor Harman. Jake Van Ginkel and Dan Goodale should be the main competitors for the place kicking duties, and I'm sure the coaching staff wants to avoid "kicker burnout" by having one man handle all the kicking specialties again, so this year I think the punting and kicking duties will be exclusive positions. Harman showed in Spring he'll be a fierce competitor for the job and really lofted some good punts— hopefully Elkin was able to use his late redshirt to hone his technique and work out his consistency bugs. I'm really rooting for Elkin this year to finally grasp the reins of the position and become the big special teams contributor we always thought he'd be. He'll likely battle Harman late into the Fall.