By my calculations, we're halfway done with this thing. Good thing too, because those Five Hour Energy shots are starting to shut down my liver.

Yes, we've got 50 days until kickoff...and since JP Nisby got all choked up at a downtown bar, that number is vacant. Today, we'll highlight an unnumbered soul—Mitchell McCarthy

Well, I dropped the ball on this one. Turns out, I should've highlighted McCarthy yesterday as he appears to actually have been assigned #51—Proof! I'm either blaming Broncosports.com for not having him on the roster yet or Redding.com for posting this article after mine. Heads will roll. 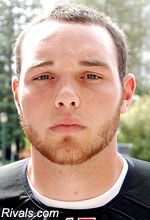 McCarthy is a walk-on of the preferred variety and actually has a pretty impressive prep résumé. He is the all-time leader at Foothill High School in tackles (305) and sacks (23), and earned Linebacker MVP honors at Boise State's 2010 high school football camp. McCarthy was also named Northern Section Defensive MVP in 2010 after posting 135 tackles, 9 sacks, 4 forced fumbles, and 2 INTs. For some reason, these accolades failed to earn him a single scholarship offer, hence the walk-on status. Head-scratcher.

This kid loves him some Amish beard action. 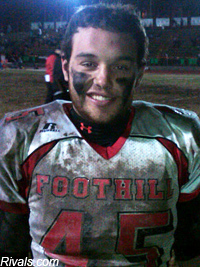 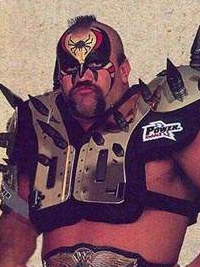 Doesn't exist, according to BroncoSports.com.

With as much depth as the Broncos seem to have all across the field, the one position that has been a bit bare the last few seasons has been linebacker. Since switching to the 4-2-5 base defense, you'd think that the Broncos would have a glut of LBs seeing as only two are on the field at one time. Sadly, this has not been the case as graduation, attrition, or simply lack of recruiting have left the position thin. More specifically, the Broncos seem to have trouble keeping the cupboard stocked at the middle linebacker position. Byron Hout was off to a good start last season until an injury took him out of the lineup. Behind him, Derrell Acrey, Tommy Smith, and Daron Mackey split time. Acrey and Mackey have graduated, and another rising LB, Allen Mooney, left the team. For 2011, that leaves just Hout and Smith to fill out the LB spot and potentially incoming recruit Blake Renaud if the Broncos choose to torch his redshirt. Not a lot of depth there, as you can see, and if Hout were to go down again, it'd be problematic to say the least. Even so, Hout is a senior, and will have moved on next year, so 2012 will be when McCarthy will certainly be a factor and add some much-needed depth. 2012 recruit Ben Weaver also could add some instant depth, but again, it's never a given that a recruit will play immediately. I'm certainly glad to see that the Bronco coaching staff has made a concerted effort of late to focus on LBs in recruiting, and I think a few years down the road, it shouldn't be a source of much depth concern. But for the immediate future, just pray that Hout holds up and Renaud is as good as advertised, otherwise you may see Shea McClellin at middle linebaker this year. Come to think of it, that's a good idea.

McCarthy will almost certainly redshirt this year and then join a much-bolstered LB corps in 2012. You can pretty much take that to the bank. McCarthy highlights (originally linked by 4EverBleedBlue) below.

Taking a cue from his great-grandpa Joe, Mitchell was chairman of the Un-American Activities Committee at Foothill High School.