Wowzers! We're almost halfway done with the countdown. This is probably the most sustained reading you've all done since 10th grade english class. Thanks for sticking with it.

We've got 51 days until kickoff...but that particular number has yet to be claimed on the roster, so today I'll highlight a random, as-yet-unhighlighted Bronco player. Survey says—Billy Derome

Derome is currently sharing the #49 with punter Brad Elkin. This will not stand. Today, for the purpose of the countdown, he'll be donning #51.

Derome walked onto the Bronco squad after a solid prep career at Mountain Home High. Derome was named first team all-conference as a senior and second team all-state after recording 106 tackles and 6 sacks. As a junior, Derome recorded 68 tackles and a sack. Derome was a state champ in the shot put as a senior. 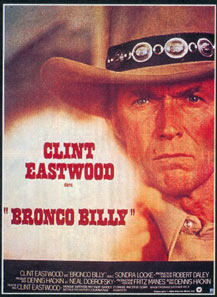 Bonus! Bronco Billy was filmed 'round these parts. 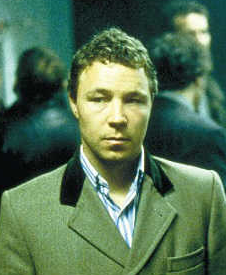 Yesterday, when I highlighted incoming recruit Corey Bell, I gave a high-level breakdown of the nickel depth chart. I failed to mention Derome in the conversation, and as I've said before, discounting walk-ons at Boise State can be a big mistake. So for not mentioning Derome, I apologize, but I think you'd agree that he's not the first player that comes to mind when the nickel position is brought up. This is not to say that he can't insert himself into the debate—he can; he'll just need to make up some serious ground in the Fall.

At this point, the nickel race is too close to call. I'd give a slight edge to senior Hunter White to be starter against Georgia, but I do think the Broncos will go with more of a rotation at the spot this year than they have in the past when Ellis Powers and Winston Venable were clear cut starters at the position. Dextrell Simmons should get some good PT and I can't discount the impact that Jonathan Brown may have—he could be the biggest hitter of the bunch (and at 220 lbs, the most physically imposing). So, where's that leave Billy Derome? Currently, I don't see much space for him to wedge his way in with how tightly packed the top 3 are at nickel. I think unless Derome makes giant strides this Fall, he'll have to do his damage on special teams. The last walk-on from Mountain Home, Ia Falo, embraced that role and flourished.

Billy is a direct descendant of famed scientist Pierre DeRome, who in 1925 discovered a cure for the common cold. The cure was so disgusting, however, that people opted to just "take their chances" with the cold.