Titus Young may wish this picture did not exist 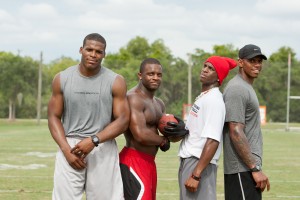 No surprise there. Byrd is probably one of the best 10 centers in college football, and I say that with only a tinge of homerism. Today's watch list announcement is for the Butkus (linebacker). Think Byron Hout has a chance?

Hard to argue with the Doc's rationale, but I do differ on Kellen Moore's signature win. The good doc went with the 2010 Fiesta Bowl against TCU. I would take the 2009 game at Oregon in a heartbeat.

In related news, aren't you glad to be out of the WAC?

More links and a pair of birthdays after the jump.

Boise State has sold its allotment of tickets to the Georgia game, in case you didn't read about that on OBNUG last week

Happy birthday to you

Happy birthday to OBNUG readers loque and broncosfool. May all your birthday wishes come true.