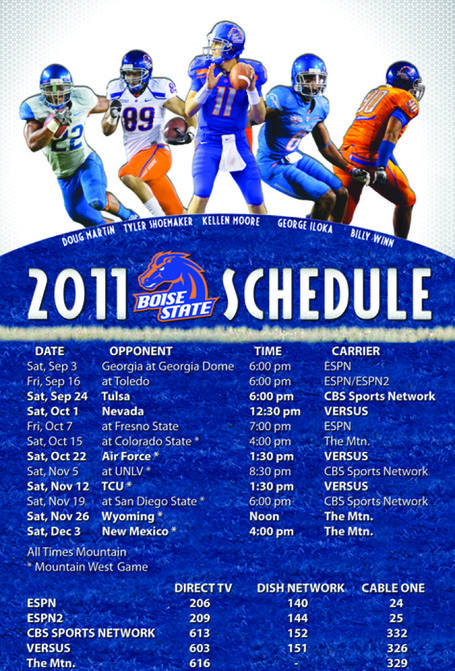 You know your TV contract is funky when your schedule poster reads like a DirecTV wiki.

Chadd Cripe wrote this piece for Lindy's, explaining the three-game history between these two schools and why it seems like this rivalry has been going on for ages. Because the BCS makes people age prematurely, that's why.

Over South Carolina? I don't understand it, but I'll take it.

Davien Payne could really use a time machine right about now

The high school running back phenom kept Boise State waiting, and now it's probably too late. The latest: Payne still wants to be a Bronco. Broncos may not have room for Payne. Shame, too, since I was looking forward to the headline puns.