We've got 53 days until kickoff...but that particular number has yet to be claimed on the roster, so today I'll highlight a random, numberless soul. Survey says—Taylor Loffler

Loffler did everything for the Kelowna Owls, and for once, that is not an exaggeration. Loffler was named the MVP for all of British Columbia High School football last season after racking up 88 tackles and 4 interceptions on defense, throwing for 1,732 yards and 20 TDs, rushing for 814 yards and 16 TDs, returning 2 punts for touchdowns and 3 kickoff returns for touchdowns. For his efforts, Loffler was also named first team all-conference (possibly at up to 6 positions), an honor he'd received the previous year as well. Loffler's junior year was more of the same as he recorded 67 tackles and 3 INTs on the defensive side of the ball and accounted for 1,620 yards of total offense and 39 TDs. Sophomore season? Sure...7 INTs, and a kick return TD. Loffler was rated a 3-star recruit by Yahoo Sports (Rivals) and just a 2-star by Scout, who are probably harboring some deep grudge against Canada for winning the gold medal Hockey game. His other offers were from Montana and Oregon State.

He looks like the second coming of Marty, but with a probable grayshirt looming, he'll have to grow into a Tadman. 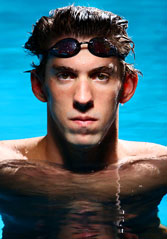 Knee injuries hampered both junior and senior seasons at Kelowna.

A knee injury last season was the only thing that could stop Taylor Loffler. It may also be the only thing that stops him from seeing the field for the Broncos this season. Now, don't get me wrong...his chances of a regular redshirt were pretty good with George Iloka still roaming the field for the Broncos, but Loffler is talented enough, in my opinion, to have cracked the 2-deep at safety as early as this season. Alas, his wonky knee prevented a deep playoff run in his final high school season and will probably leave him with a grayshirt in 2011. You're going to hear the Marty Tadman comparisons sooner or later with this kid, so I might as well throw them out now. Loffler is a veritable Tadman clone (minus the drug-addled past, recovery, and religious tat-sleeves) and should be a 4-year starter at Free Safety once his eligibility clock starts running. He's an interception machine, has good height and arm length, and can be a boon to the punt return game as well. I'm bummed that we won't get to see the criminally-underrecruited Loffler right away, but glad that he'll have some extra time to fill out his 6'4" frame and rehab his knee back to 100%. A Canadian sports writer called Loffler "the most complete football player (they'd) ever seen in (the) province", and if that doesn't get you excited about Loffler's Bronco future, maybe watching his senior highlight video will. Oh, Canada!

Loffler was an alternate on the 2006 Canadian Men's Olympic Curling team. 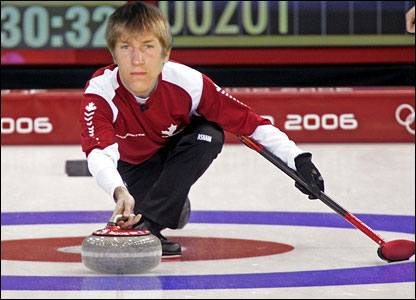