In case you had forgot what you were doing on September 3 ...

Ohio State fallout: Boise State could have had the Buckeyes' BCS spot

At least that's the conclusion that ESPN blogperson Andrea Adelson arrived at. Well, it was between the Broncos and Michigan State, but I think we all know who would have made for a better game (answer: both, and get rid of UCONN).

Today's announcement will be for the Lombardi Award. Predictions?

A very special birthday announcement after the jump.

Happy birthday to Boise State QB Kellen Moore and OL Cory Yriarte. May all your birthday wishes come true. Especially the Heisman ones. 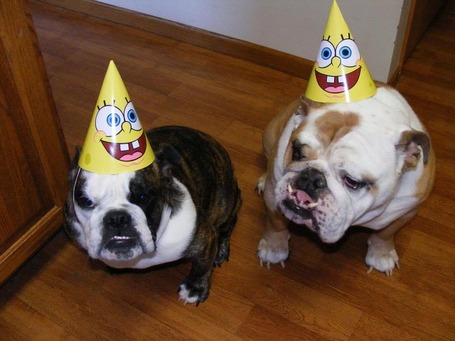 These dogs don't put hats on for just anyone.