55 days left and we're at our 5th palindrome of the countdown. Give it up for math, everybody.

We've got 55 days until kickoff...so today we'll take a look at #55 on the Boise State roster—Chuck Hayes

As a three-year letter winner at Eaglecrest High, Hayes played on both the offensive and defensive lines. As a senior, Hayes was named first-team all-conference on offense and was first-team all-conference, all-state, and All-Colorado (which you'd think would be the same thing as 'all-state') on defense. Hayes was voted team captain as a senior and was a back-to-back winner of the Heart of a Champion award. Wyoming, SDSU, and Colorado State also offered. Boise State was the clear-cut winner. 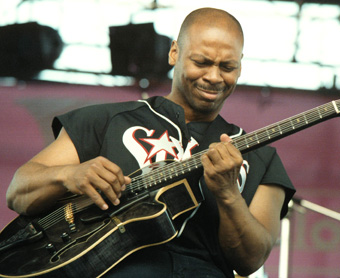 Chuck Hayes has been a man without a country during his time at Boise State. He started out as a promising DT prospect and then moved to the O-line during Spring camp of 2009, then he moved back to the D-line for the 2009 campaign and guess where he lined up in 2010? If you said "on the D-line", you'd have been wrong. Just why Hayes has been tabbed for this special game of musical chairs escapes me, but I guess you could say he adds more depth than any other guy on the team as both lines will look to him if a guy goes down.

Hayes should end up battling-guard-of-the-moment Jake Broyles in Fall Camp for supremacy at right guard, and he may get to lock horns with Brenel Myers as well. Hayes, now a senior, may have more game experience than either of the aforementioned guards, but his line-of-scrimmage hopping may have left him with fewer overall snaps at the position than the other two RGs. Coming out of Spring ball, I would've said that Hayes was would be the #2 man at RG, but when Fall Camp lets out, I think he may be #3 or (don't laugh) move back to DT. Hayes will go where the snaps are, plain and simple.

Having been too young to star in Breakin' 2: Electric Boogaloo (easily in the top 5 breakdance-centric movies of all time), Hayes hopes to find at least a small role in Breakin' 3: Eclectic Bumblebee.