Under 90 days means under 3 months till the Broncos head to the Jawja Dome for their own Redemption Song. In the meantime, we'll continue counting down the remaining days by highlighting the Bronco player with the corresponding jersey number. It's the easiest way to get to know the team without resorting to Facebook stalking.

We've got 87 days until kickoff ... so today we'll be taking a look at number 87 on the Bronco roster—Gabe Linehan

The Broncos must've said "a pedigree's a pedigree" when it came to Linehan, considering his family is steeped in sticky Vandalness. His father, Ron, and his uncles Rick and Scott all played for Idaho back in their *cough "glory years" and his two big (really big) brothers, Josh and Cole, played for Oregon State and Oregon, respectively. Still, Gabe—a standout QB and linebacker at small Banks High School in Oregon liked what he saw in the Broncos...namely, a scholarship. A stinking good linebacker at Banks (130 tackles, 18 tackles for loss, three sacks and and a pick-six as a senior), and QB ( 2,500 yards, 23 touchdowns/6 INTs)...many thought he'd come in and vie for a 'backer spot, but the Bronco coaches had other plans for Gabe and he was penciled in at tight end...a move we may all be dubbing "genius" in short order.

Linehan has this tattooed on his arm, so he's either a huge Iggy Pop fan or a huge fan of Kool-Aid Wild Berry Blast™. 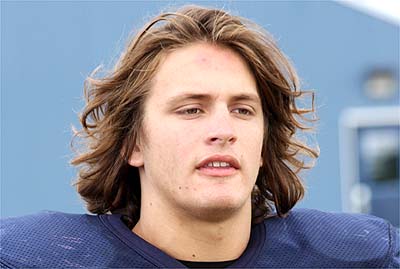 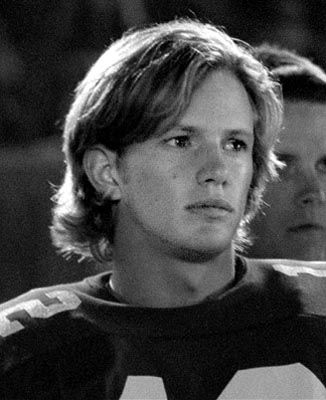 "Sunshine" from Remember the Titans.

Before last season, I might've pegged Linehan fourth on the tight-end depth chart, behind Efaw, Gallarda, and Koch— so you can imagine my surprise when he snagged a clutch 1st down grab on Boise State's game-winning drive against Virginia Tech last September. He wasn't supposed to be in that game, was he? For the Bronco coaches to have enough confidence in a redshirt freshman tight-end (that came in as a linebacker/quarterback) to put him into such a pressure cooker of a game situation made me completely re-evaluate the lad. Now, I can't help but think he'll split time with Efaw this Fall and become one of the Broncos go-to receiving tight-ends. If he can pack on pounds like his big brothers and enhance his blocking resumé, he may even develop into a dominant TE for the Broncos. His 6 catches, 82 yards, and TD were definitely more than I had him pegged for in 2010, so it's no longer a stretch to see the now-experienced Linehan as an integral part of the gameplan this season. I'm looking forward to having 3 speedy tight-ends on the roster in 2011 (Efaw, Linehan, Sosnowski), especially with the question marks swirling over the receiver corps and I think, at this point, Linehan may have the most upside. Plus, with Efaw staring down his senior season, Linehan looks like the heir-apparent to Efaw's place in the offense given his skill set. Look for Linehan to become a major target for Kellen Moore this year and get plenty of "sneaky" yards on the year, when defenses forget just how much Boise State likes to utilize its tight ends. I'll also predict that Linehan will have "Bad 2 the bone" tattooed on his right forearm.

If not for a last minute change of heart, Linehan's arm would have been emblazoned with "Wyld Stallyns" rather than "Wild One". Be excellent to each other. 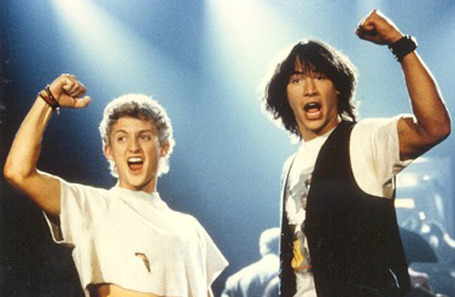