12 days on and we've hit the second palindrome on the roster. We'll be seeing a few less D-lineman as we plow through the 80s, as they're usually the domain of tight ends and wide receivers...and today's no different.

We've got 88 days until kickoff ... so today we'll be taking a look at number 88 on the Bronco roster—Chandler Koch

Koch came to Boise State in the soon-to-be-famed 2008 recruiting class. A star at Flower Mound, Koch was the No. 3 tight end in the Dallas/Ft. Worth area, which is infinitely more impressive than being the No. 3 tight end in the Idaho Falls/Ririe area. ESPN.com had him as the 35th best TE prospect in the country. He most likely would have been higher on everyone's radar except that he never had more than 400 yards receiving or two touchdowns in high school. He is what you call a "well-rounded" tight end, which I guess is boring to some people. He had other offers from Houston, Colorado State, New Mexico, and San Diego State. He chose the good option.

This one's for you, literature nerds. 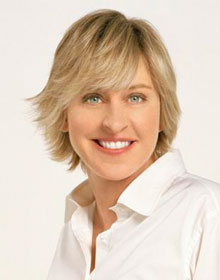 Koch's career highlight thus far may have been the season-ending injury to Richie Brockel last year, as it sent Bronco fans scurrying to their laminated roster cards screaming, "Who is that giant teenager getting more snaps at tight end?! And where is my Blue Turf Towel?!"

Me stating the obvious with his look-alike pic.

What to do with Chandler Koch? I honestly thought that he'd been here longer for some reason...but am actually pleased he's only a junior, despite his lack of significant impact thus far. Koch is much more of a "tweener" type TE for the Broncos, and I don't mean 'tween WR and TE, but rather 'tween TE and FB. This bodes well for Koch working his way into the Bronco scheme as we've already got two experienced tight ends (Kyle Efaw and Gabe Linehan) that are more in the former mold and aren't known as much as blocking ends for the squad. Receiving tight ends are important, without a doubt, but if you discount the role of the blocking tight end, you've forgotten just how important Derek Schouman and Ryan Putnam were to the Broncos a few years back.

Whether Koch will be a quiet role-player on the offense or a legitimate scoring threat ala Tommy Gallarda remains to be seen, but I think this will be the year that Koch finally starts getting a little recognition and a place at Kellen Moore's table. In a year with significant holes to fill on the offensive side of the ball, Koch will need to outdo his 2 reception, 4 yard season from a year ago. The Broncos have plenty of capable tight ends and if he's not performing, someone else will.

Koch's hometown of Flower Mound, TX was originally known as "Flour Mound" as it was once the site of a deadly blast in a Gold Medal flour refinery. 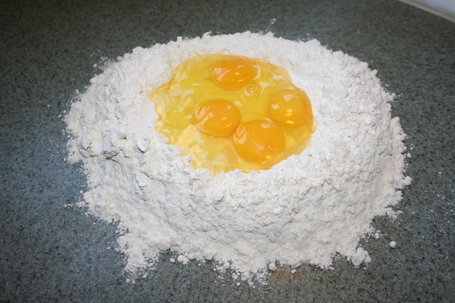 An aerial view of the devastation. Several eggs were killed.