Hard to believe, but we are officially under 90 days until the Broncos hit the Jawja Dome to take a stab at redemption. Each day I'm highlighting the Bronco player that is lucky enough to share his jersey number with the remaining number of days till kickoff. It's really not as complicated as it sounds.

We've got 89 days until kickoff...so today we'll be taking a look at number 89 on the Bronco roster—Tyler Shoemaker

Hopped on the connector and walked-on. After a stellar career that earned him 8 individual letters, and a first-team All-State nod his senior year, Shoemaker set out to make a name for himself at camps around the region. Unfortunately, Shoe found the recruiting trail somewhat unforgiving and failed to land any serious scholarship consideration (though he considered plenty of options). In the end, the local kid chose to head up the road to try to get the Broncos to take notice of his skills. Long story short—they noticed, as did Bronco fans as the new "Shoe" became the offensive star of scrimmage after scrimmage. Shoemaker was put on scholarship just before the 2008 season.

This is an inherited nickname passed down from on high and Derek Schouman. Prolonged calls of "SHOOOOOE" must follow any Shoemaker gains and the "Shoe Salute" may be given. The Shoe Salute is performed by taking of one's right shoe and holding it aloft as long as the cheers last. Note: Removing one's left shoe is considered disrespectful and you will be asked to leave the premises. 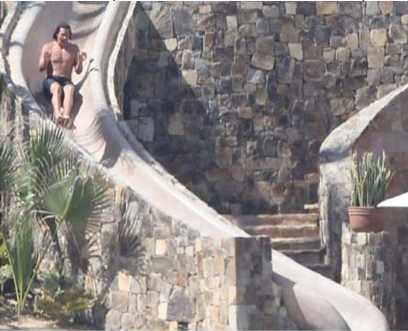 Named to the All-WAC academic team as a redshirt freshman. 56-yard TD pass from Kellen Moore in first ever action. Caught four passes for 105 yards against Bowling Green in 2009. 582 yards and 5 TDs in 2010.

This should be an interesting year for the former walk-on from Meridian. Shoemaker has definitely had his share of big moments as a Bronco, but he's always played in the shadow of Titus Young and Austin Pettis. Truthfully, he may never have had his big moments without the "aid" of the Broncos' big two—opposing defenses keyed on number 1 and 2 and that's when Kellen would hit Shoemaker right down the middle for a 35-yard gain. Now, I'm not saying that Shoemaker isn't a talented or dangerous weapon...he just got his yards in much sneakier ways...and he was effective at it. Last season, Shoemaker was awfully quiet through the first six games of the year until Hawaii rolled into town and decided to completely sell out to stop Pettis and Young. Big mistake. Shoemaker hauled in 6 catches for 124 yards and a TD (20.7 YPC). By the way, once the Warriors figured out that they needed to cover Shoemaker, Pettis and Young went nuts, gaining 122 and 99 yards, respectively (ouch). Ten days later, Shoemaker tore up Louisiana Tech for 117 yards before falling back to earth with a 1 catch, 9 yard performance against outmatched Idaho. The stats above are telling of Shoemaker's entire career as a Bronco...on top of the world one minute, and accumulating no stats whatsoever the next (Nevada and Utah State).

In 2011, Shoemaker won't have the luxury of a Titus Young or an Austin Pettis taking the coverage heat off...and being the only senior WR means that he'll need to be the leader in a group and show up big in each and every game of the season. Kellen will get the ball to him—it's just up to Shoemaker to make something happen once he has it. He's definitely more in the Pettis mold than Young, but has a big body for a receiver and if he's learned anything from AP, he should be able to go up for balls and box out his defenders. I think Shoemaker has a solid senior season and proves a nice supplement to the new burner Hiwat. I've never been spot on with my stat predictions, but I think he's in for at least a repeat of last season, pushing 600 yards receiving and being a bigger redzone threat upping his TD output to at least 8.

While his family retained the surname, the Shoemakers are no longer actually making shoes. A sweat shop in the Phillipines now fulfills all of their orders.