Bam! Ten days down already and the countdown's picking up steam. As you probably know by now, I am counting down the remaining days until the Georgia game by highlighting each corresponding roster spot. Foolhardy? Possibly. Laurel and Hardy? I have no idea.

We've got 90 days until kickoff...so today we'll be taking a look at number 90 on the Bronco roster—Billy Winn

As a three-sport star at Las Vegas High, Billy Winn had plenty of opportunity to get his name out. Winn not only lettered in football, wrestling and track, but excelled at all three as well. As a senior, WInn was named the Sunrise League Defensive Player of the Year as well as being named first team All-State and All-League after registering 18 sacks and 3 forced fumbles from the defensive end position. As an encore, Winn posted PRs of 171' 11" in discus, 53' 1" in shot put, and ran the 100 in 11.86. Winn also went 32-4 as a wrestler and set a record for the power clean at the Vegas Open weightlifting championships. Remember when I said that Shea McClellin might be the best athlete on the team a few days back? Well, Shea...meet your competition. It's also no big stretch to say that Billy Winn was the most sought after player in the state of Nevada when he accepted the Broncos' scholarship offer in the 2007 recruiting class. By the time LOI day 2007 arrived, Billy Winn had offers from Oregon, Oregon State, Washington State, Arizona State, UNLV, and Texas Tech. You're reading this right now because he chose wisely.

What happened in Vegas got him a scholarship to Boise State. 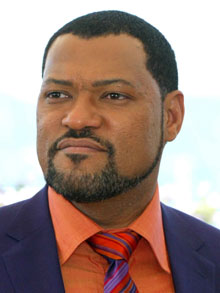 Winn is easily the best tackle we've had since Andrew Browning. I felt that way during and after his freshman year, and I feel it even more strongly now. In fact, no countdown spot thus far has made me sadder to have to put "senior" behind the name. Winn's as good a tackle as we've had around here and has frankly been the best DT in the WAC for the last 3 years making his two-time appearance on the second team somewhat of a head-scratcher. The blows were lessened somewhat by the fact that McClellin and Winterswyk did make the first team in 2010. Has Winn put up mind-numbing stats as a Bronco? Not entirely (although his 98 tackles and 12.4 sacks in his first three years in the program are good by any standard), but he's always shown a sure tackling ability, athleticism, and nose for the ball that only the greats display. I still recall vividly sitting in Autzen stadium in 2008 when then-freshman Billy Winn ran nearly uncontested into the Oregon backfield and brought down running back Jeremiah Johnson from behind. It was a display of moves and speed that I was not accustomed to in a Bronco DT—let alone a freshman one. Since that game in 2008, Winn has terrorized opposing offenses from Eugene, Oregon to Landover, Maryland and earned the respect of many a guard and center. Winn showed his versatility by playing defensive end in the 2008 Poinsettia Bowl when injuries laid the cupboard bare at the position...and really, that's just how Winn plays DT, like a nearly 200 lb. end. He gets after the quarterback, gets in the passing and running lanes and is relentless off the block.

Last season, I predicted that Winn would have 9 sacks and 55 tackles. That didn't happen. In fact, he had about half that output in both statistical categories. In retrospect, the prediction was a bit of a stretch...not because Winn couldn't put up those numbers, but because I didn't factor in that offenses would start to basically concede the middle of the field and try to push their run games outside...thus allowing the outside linebackers and ends to soak up the stats. Of course, opposing offenses were also smart enough to start double-teaming Winn, allowing his linemates to "get theirs" as well. Still, Winn's 2010 was dominating at times, starting right out of the gate when he put on a clinic against Virginia Tech's O-line and annihilated RB Ryan Williams a time or two. Winn's senior year will be one to watch, again, not because of insane statistics—but because it will be our last opportunity to see a player as special as Winn don the blue and orange (unless he's drafted by Denver next year). Winn should be a first or second-round draft pick in 2012. Should. I'd be extremely surprised if he went any later than the 3rd round, and I don't think it's a stretch at all to imagine that Boise State's pro-day next season will be one of the most attended in the nation (Martin, Moore, Winn, McClellin, Crawford...).

Billy's middle name is "Idol". Might explain his rebel yell as he tears through opposing offenses. 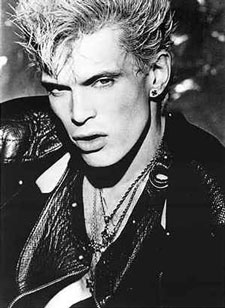