We've arrived at the 4th palindrome of the countdown, so...well...there's that.

We've got 66 days until kickoff...so today we'll be taking a look at #66 on the Boise State roster—Thomas Byrd

At McClymond High School, the stocky Byrd was a 3-sport star, lettering in football, track and field (please oh please tell me the 110m hurdles was his event) and wrestling. Byrd garnered All-OAL honors as a sophomore, junior and senior and was named first-team All-East Bay for his gridiron efforts. As a senior, Byrd was named to the "Cream of the Crop" list, was named offensive MVP and helped his team finish as the top rushing team (244.2 yards per game) in the OAL (Oakland Athletic League). Byrd was offered by Boise State and San José State.

You just don't mess with perfection. 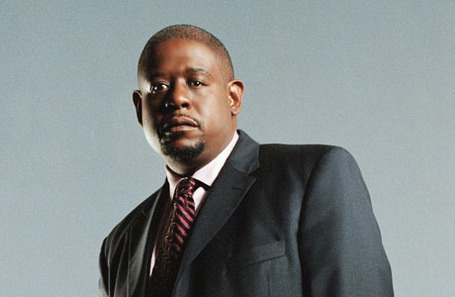 Actor Forest Whitaker (except without the weird eye thing)

Forgetting how to snap a football in a variety of games in 2009.

Thomas Byrd is a senior, and he's found himself on another award watch list. Be afraid, be very afraid.

The last time Byrd was placed on the Rimington Award watch list (awarded annually to the nation's top interior lineman) was 2009...and frankly, 2009 was not Byrd's year. If you can get past the mental block that doesn't allow you to remember anything past last season's Nevada game, you'll remember that Byrd's 2009 was rocky...at best. His wild snap exhibitions against Oregon and Hawaii, in particular, were cringe-worthy performances that I'm sure Byrd would rather forget. Luckily, he followed up his disastrous '09 campaign with a rock-solid All-WAC performance in 2010 (just as I predicted, I might add) and now confidence in the now-senior Byrd is at an all-time high—if it wasn't for that pesky award watch list. Hopefully Byrd's snapping demons (the "snapping demons" is also the name of my a capella group) aren't tied in any Zabransky-esque way to offseason recognition, because nothing kills drives faster than ricocheting snaps off of Kellen Moore's ankle bones. I'm going to go out on that limb once more and predict that Byrd—one of the most football-savvy guys on the team—has thoroughly put the problems of past seasons behind him and will finish his Bronco career with another all-conference season and give hope to all the "stocky" kids out there that were told they were too short to play center.

Thomas' grandfather, Eustus, was known as "the Byrd Man of Alcatraz". He wasn't actually an inmate there, but he did hang some sheetrock.